GBP250M Contract for Next Phase for Future Combat Air System 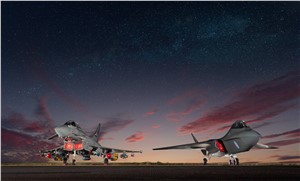 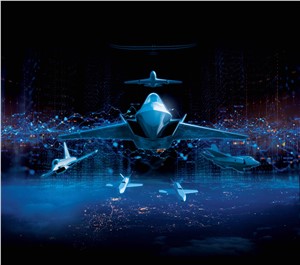 The Ministry of Defence has signed a £250 million contract with British industry ‘Team Tempest’ partners, driving forward the next phase of the major national and international endeavour to develop the next generation of combat air, the Defence Secretary has today announced.

Known as Tempest, the Future Combat Air System is expected to combine a core aircraft with a whole network of capabilities such as uncrewed aircraft and advanced data systems to form a next-generation mix designed to enter service from the mid-2030s.

Marking the formal start of the programme’s Concept and Assessment phase, the contract is worth an initial £250 million and is planned to grow further. The investment forms part of more than £2 billion worth of UK Government spending on the project over the next 4 years, as announced in the recent Defence Command Paper.

The contract will see investment in the digital and physical infrastructure on which the programme will be developed, putting it on a ‘digital first’ footing whereby simulated design and testing can significantly reduce costs, time and emissions.

The Defence Secretary made the announcement at BAE Systems’ site in Warton. Warton is the centre of development for the programme and is home to the ‘Factory of the Future’, a highly connected facility with state-of-the-art technology designed to showcase a revolutionary approach to manufacturing military aircraft.

The contract has been signed with BAE Systems,one of the four founding members of ‘Team Tempest’, which also includes partners Leonardo UK, Rolls Royce and MBDA UK. Around 800 of the 2,000 jobs supported by the contract are based in the North of England, across sites in Warton, Samlesbury and Brough. BAE Systems has flowed collaborative support contracts directly with the core ‘Team Tempest’ partners Leonardo UK, Rolls-Royce and MBDA. As a result, further jobs supported by the programme are also spread across areas including Edinburgh, Luton, Stevenage and Bristol.

Defence Secretary Ben Wallace said:
"Today marks a momentous step in the next phase of our Future Combat Air System, with a multi-million pound investment that draws on the knowledge and skills of our UK industry experts."

"Boosting our already world-leading air industry, the contract will sustain thousands of jobs across the UK and will ensure that the UK remains at the top table when it comes to combat air."

Now officially underway, the Concept and Assessment phase will:

UK Director of Future Combat Air, Richard Berthon said:
"This project is hugely important in ensuring the UK and its partners have the skills and technology we need to give us the battle-winning edge for the future."

" Developing the system allows us to drive a revolution in digital development and harness the power of open systems architecture. We are looking forward to working together with UK industry and international partners to create and deliver a system which will keep us safe for decades to come."

The programme to design a future combat air system is a major international endeavour, and the UK will deliver it with international partners. Last year, the UK, Italy and Sweden signed a Memorandum of Understanding to collaborate on the project. Together the three countries aspire to develop the concepts, sharing workload while maximising their national expertise as they strive towards a common goal.

During his visit to Tokyo last week, the Defence Secretary and Japanese Defence Minister Nobuo Kishi also agreed to accelerate discussions between the UK and Japan on developing sub-systems for a Future Combat Air System. This included intensifying efforts to explore working together on power and propulsion. International partnership has been central to the Combat Air Strategy from the outset, and the UK is open to welcoming other partners onboard.

According to research conducted by professional services company PWC earlier this year on behalf of Team Tempest, the ongoing work of the four Team Tempest partners and their supply chains in support of UK combat air activities could support around 62,000 jobs per year and contribute in the region of £100 billion to the UK economy between 2021 and 2050.

The Future Combat Air System is supported by the £24 billion uplift in defence spending, announced by the Prime Minister last year. This partnership between the MOD and industry, also forms an integral part of the MOD’s recently published Defence, Security and Industrial Strategy (DSIS).

Tell a friend:
GBP250M Contract for Next Phase for Future Combat Air System