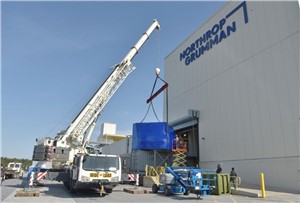 Northrop Grumman successfully completed SEWIP Block 3 system integration and formal qualification testing as part of the engineering, manufacturing and development contract. This milestone indicates that the system is ready to transition to the U.S. Navy for formal land-based testing at the Naval Sea Systems Command Surface Combat Systems Center in Wallops Island, Virginia.

“This delivery represents the next step in a multi-year effort to take SEWIP from the laboratory to the hands of the warfighter,” said Mike Meaney, vice president, land and maritime sensors, Northrop Grumman. “Providing the comprehensive hardware-defined, software-enabled system to the Navy proves out the final design and signifies the end of the engineering, manufacturing and development phase.”