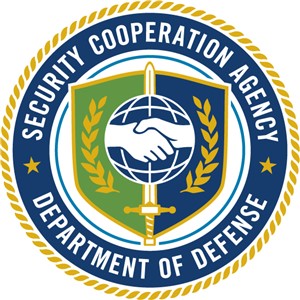 The State Department has made a determination approving a possible Foreign Military Sale to the Government of Greece of FMSO II, CLSSA Services, and related equipment for an estimated cost of $165 million. The Defense Security Cooperation Agency delivered the required certification notifying Congress of this possible sale today.

The Government of Greece has requested to buy U.S. Government, technical, and logistics support services and requisitions supporting the Foreign Military Sales Order II (FMSO II) and Cooperative Logistics Supply Support Arrangement (CLSSA) for stock replenishment, supply of standard spare parts, and repair/replace of spare parts to support the Hellenic Air Force’s defensive and transport aerial fleets; all other aircraft systems and subsystems; and other related elements of program support. The estimated total cost is $165 million.

This proposed sale will support the foreign policy and national security objectives of the United States by helping to improve the security of a NATO ally, which is an important partner for political stability and economic progress in Europe.

Trends, opportunities and forecast in military shelter market to 2025 by shelter type (hard wall and soft wall), by application type (Military shelter camp, vehicle mounted shelter, containers, command & control shelter, and other shelters), by material type (composite and conventional), and by region (North America, Europe, Asia Pacific, and the Rest of the World)

The proposed sale will improve Greece’s capability to meet current and future threats by providing agile logistics support to active Foreign Military Sales support cases, including Greece’s defensive and transport aerial fleets, as well as other support equipment of U.S. origin that are currently in use with the Hellenic Air Force and which can be supported by the CLSSA program. The ability to place blanket order requisitions will increase its interoperability with NATO forces and enhance its ability to provide for the security of its borders. Greece has demonstrated a continued commitment to modernizing its military and will have no difficulty absorbing this equipment into its armed forces.

The proposed sale of these services will not alter the basic military balance in the region.

There are no principal contractors for this proposed sale. There are no known offset agreements proposed in connection with this potential sale.

Implementation of this proposed sale will not require the assignment of any additional U.S. Government or contractor representatives outside the United States.