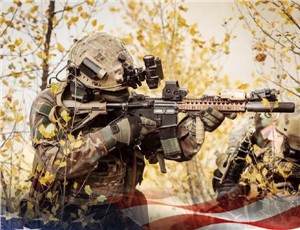 SMi Group are delighted to announce that key high-ranking US Marine Corps Officials will be speaking at the 2nd Annual Future Soldier Technology USA Conference, convening virtually on June 8th and 9th 2021.

As militaries reorient and modernise their combat capabilities, the dismounted soldier and marine remain critical to the success of combat operations. This is the only dedicated conference of its kind in North America, Future Armoured Vehicles USA is set to bring together industry experts to discuss the latest soldier and marine technology that is rapidly developing.

Interested parties can register at https://www.asdevents.com/event.asp?id=22101, free for US DoD to attend, US$499 for all other military and government personnel and US$999 for commercial organizations.

Survivability and lethality are two key factors that the Marines identified as most important for successful accomplishment of ground combat missions which defines the very purpose of the Marine Corps.

Highlights of the much-anticipated US Marine Corps briefings and speakers include:

The two-day agenda is available to download at https://www.asdevents.com/event.asp?id=22101.