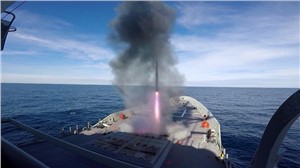 BAE Systems Australia announced today that it will increase its investment in Australia to support the rapid development of a sovereign high speed weapons capability.

BAE Systems will also draw on the wide-ranging capabilities and expertise across Australian industry and academia to build an Australian high speed weapons eco-system with the aim of demonstrating a sovereign capability over the next four years.

The company’s “Project Javelin” builds on more than three decades of world leading research by BAE Systems in the design and development of Australian weapons, autonomous and hypersonic technologies including the Evolved Sea Sparrow Missile, Nulka and the Advanced Short Range Air to Air Missile (ASRAAM).

BAE Systems has invested more than $11 million in hypersonics and high speed weapon research in Australia in the past decade in collaborative programs with Defence, industry and academia.

Recognising the Australian Defence Force’s requirement for this disruptive technology based capability, the company will spend $5 million fast tracking technology development in 2021 with additional investments planned for the next four years.

The development of a sovereign high speed weapons capabilities will create new opportunities for Australian industry and academia, through the investment of new and complementary design, development and manufacturing capabilities and could lead to potential defence exports.

BAE Systems has been assembling weapons in Australia for the ADF and for export to the US and Canada for more than two decades.

As well as hypersonics weapons technologies and capabilities, BAE Systems is also developing technologies to support the nation’s defence against high speed weapons.

Today’s announcement follows the Australian Government’s commitment to the development of long-range strike capabilities at the end of last year. The 2020 Force Structure Plan includes an investment of around $30 billion for both high speed strike and defence capabilities, including hypersonics development, test and evaluation.

BAE Systems Australia Chief Technology Officer Brad Yelland said:
“That Australia has a solid foundation of research built over decades means that the rapid integration of newly developed weapons into the force structure is achievable.

“BAE Systems has a rich history of working closely with defence companies and defence customers around the world, particularly US Primes on weapons programs.

“Australia’s future investment in high-speed weapons systems, including hypersonic long-range strike and hypersonic and ballistic missile defence, provides the opportunity for the nation to create an enduring sovereign capability and position the country as a major global contributor in this disruptive technology field.

“It’s so important that the Intellectual Property of new weapons technologies resides with Australia so that as well as developing a sovereign capabilities, we can continue our work with Defence, academia and industry to evolve these technologies over time.”