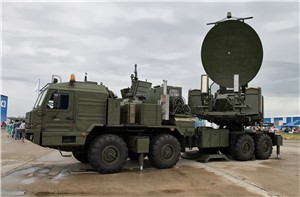 The report "Electronic Warfare Market by Capability (Support, Attack, Protection), Platform (Airborne, Naval, Ground, Space), Product (EW Equipment, EW Operational Support), and Region - Global Forecast to 2025", size is projected to grow from USD 17.0 billion in 2020 to USD 20.9 billion by 2025, at a CAGR of 4.2% from 2020 to 2025. Significant technological advancements and integration of electronics in military equipment are resulting in a shift towards multilayered defense systems, which is expected to drive the electronic warfare market during the forecast period. Adding to these factors, the increase in the use of UAV systems and the need for ground surveillance and communication jamming serve as opportunities for the electronic warfare market.

Electronic warfare is now among the crucial requirements of the defense and intelligence agencies across countries. Hence, military and intelligence agencies are the key end-users, showcasing greater demand for electronic warfare equipment. Some industry experts have noted that the COVID-19 pandemic has not affected the demand for electronic warfare, especially for military end use. Companies such as Lockheed Martin Corporation (US), Northrop Grumman Corporation (US), Elbit Systems Ltd. (Israel), and L3Harris Technologies (US) received contracts for the supply of electronic warfare to the armed forces of various nations in the first half of 2020, showcasing continuous demand during the COVID-19 crisis.

However, due to the precautionary measures undertaken by government agencies to minimize the spread of COVID-19, many manufacturing facilities have been temporarily closed, which has resulted in delays in order deliveries. This trend seems to vary with countries in 2020. While countries in Europe show steady growth in demand for electronic warfare; a more significant increase in demand is observed in North America. Below are some important developments that showcase the increase in demand for electronic warfare in the defense sector during the COVID-19 crisis in the North American region.

The outbreak of COVID-19 has moderately impacted the electronic warfare market on the supply side. This impact is due to the delays in order deliveries, owing to large-scale disruptions in the supply chain in affected countries. Some companies across non-hotspot countries have resumed partial operations in line with government safety guidelines. Their production is slow, the primary reason being the shortage of labor as well as inadequate supply of components from other suppliers and subsidiaries. However, in terms of demand, the impact on the market is expected to remain moderate since funds for deliveries were already allocated prior to the pandemic.

Increasing procurement of electronic warfare systems due to growing transnational and regional instability
The increasing frequency of bilateral militarized conflicts among countries is progressing at a rapid pace, which has led to the growing need for defense forces of countries to strengthen their security measures. New weapons and combat systems are being developed to cater to warfare needs. The advent of digital battlefields has propelled the incorporation of electronic warfare technology in all defense systems used during combat missions. These systems have resulted in a change in the procurement priorities of nations to keep pace with emerging warfare needs.

The North America market is projected to contribute the largest share from 2020 to 2025 in the electronic warfare market
The US and Canada are key countries considered for market analysis in the North American region. This region is expected to lead the market from 2020 to 2025, owing to increased investments in electronic warfare technologies by countries in this region. Defense forces of countries in the North American region are involved in the development of technologically advanced EW systems. Well-established and prominent manufacturers of electronic warfare systems in this region include Lockheed Martin (US), Northrop Grumman (US), L3Harris Technologies, Inc. (US), and Raytheon (US).

The North America US is recognized as one of the key manufacturers, exporters, and users of EW systems worldwide and is known to have the strongest EW capabilities. Key manufacturers of EW systems in the US include Lockheed Martin, Northrop Grumman, L3Harris Technologies, Inc., and Raytheon. The new defense strategy of the US indicates an increase in EW spending to include advanced capabilities in existing defense systems of the US Army to counter incoming threats.