Marillyn A. Hewson to Serve as Strategic Advisor and Gregory M. Ulmer as Executive Vice President of Aeronautics 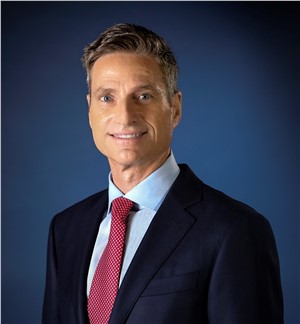 The Lockheed Martin Corporation (NYSE: LMT) board of directors has elected President and CEO James D. Taiclet as chairman of the board, effective March 1.

Executive Chairman Marillyn A. Hewson informed the board of directors of her intention to retire as executive chairman and as a member of the board.

"Marillyn provided leadership that helped us to implement a smooth and successful transition. As a result, we were able to accomplish strong financial and operational performance in 2020 and shape a vision for how we will support our nation and allies to meet the heightened threats of the 21st century," Taiclet said. "Her confidence in our executive leadership team and wise counsel over the past months illustrate her legacy as one of Lockheed Martin's most successful and respected leaders."

Hewson will transition to be a strategic advisor to the CEO through Feb. 28, 2022. "I am proud to continue to support Jim and the important mission of Lockheed Martin as we deliver innovative, affordable, and leading-edge solutions for our customers," Hewson said.

"With Greg's wide-ranging experience and impressive record of leadership, we are confident that Aeronautics will continue its legacy of success under his leadership," Taiclet said.

About Marillyn Hewson
Hewson became executive chairman of Lockheed Martin on June 15, 2020. Prior to that, she served as chairman, president and CEO and led Lockheed Martin from 2013 to June 2020 through a period of consistent financial performance and impressive growth. During her 38 years at Lockheed Martin, Hewson held executive positions of increasing responsibility with the corporation.

In 2019, TIME magazine identified Hewson as one of the "100 Most Influential People in the World," and FORTUNE magazine ranked her No. 1 on its list of "50 Most Powerful Women in Business" for the second year in a row. In 2018, she was named the "CEO of the Year" by Chief Executive magazine, a Top 10 "Businessperson of the Year" by FORTUNE magazine, and one of the "World's 100 Most Powerful Women" by Forbes.

About James Taiclet
Taiclet joined the Lockheed Martin board of directors in 2018 and was elected president and CEO of the corporation last year. He assumed that position on June 15, 2020.

A proven chief executive, Taiclet's previous tenure as CEO of American Tower Corporation started in 2003 and he became chairman, president and CEO in 2004. During that time, American Tower grew significantly and increased its market capitalization from approximately $2 billion to more than $100 billion.

Prior to joining American Tower in 2001, Taiclet was president of Honeywell Aerospace Services, a unit of Honeywell International, and prior to that was vice president, Engine Services at Pratt & Whitney.

Taiclet began his career as a U.S. Air Force officer and pilot and served a tour of duty in the Gulf War. He holds a master's degree in public affairs from Princeton University and is a distinguished graduate of the United States Air Force Academy with degrees in engineering and international relations.

Ulmer graduated from California Polytechnic State University in San Luis Obispo, California, with a bachelor's degree in aeronautical engineering. He also holds an executive master's degree in business management with an emphasis on aerospace from the University of Tennessee.