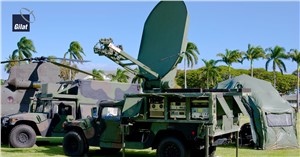 “Wavestream is honored to be the vendor of choice for the US government military communication program and to be reliably supplying its high-power 50W Ka-band BUC for over 14 years. This product is the most widely deployed solid state amplifier built at this power level,” said Bob Huffman, Wavestream’s General Manager. “With this order we have surpassed shipment of 5,000 units, a testament to Wavestream’s unmatched production capacity and product longevity of military-grade high-power Ka-Band SSPA/BUCs.”