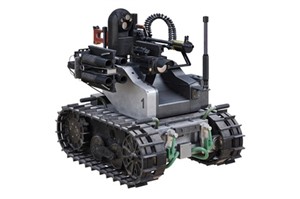 The report "Military Robots Market" is projected to grow from USD 14.5 billion in 2020 to USD 24.2 billion by 2025, at a CAGR of 10.7% from 2020 to 2025. Drivers for this market include the increasing use of robots for mine countermeasures and the increasing use of UAVs in life-threatening missions.

“Growing use of unmanned ground vehicles for combat support and use of Unmanned Aerial Vehicles for surveillance are key factors fueling the growth of the military robots market across the globe.”
Countries such as the US have invested heavily in developing UGVs and UAVs for surveillance and combat support. For example, in April 2020,  AeroVironment secured a contract worth USD 11 million from the US Navy and US Marine Corps for the supply of Puma 3AE small unmanned aircraft systems for persistent situational awareness and force protection. In March 2020, FLIR Systems, Inc. announced that the US Air Force ordered more than 180 of the company’s Centaur UGVs, as well as spares.