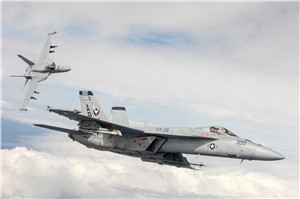 KBR will continue to provide program management, engineering, technical and financial services to PMA-265 as it supports the F/A-18 air vehicle, subsystems, armament, engine and airborne weapons for these allied nations.

Specifically, the company will assess program requirements; develop, review and analyze FMS case documentation; and participate in technical reviews. It will also plan and analyze flight test programs; monitor the progress of software; develop estimates of financial requirements; and support training systems. This work will primarily take place in Patuxent River, Maryland, and includes a one-year base and four option years.

"We are proud to serve the Navy as it strengthens its relationship with Finland and Kuwait by supporting their national security initiatives," said Byron Bright, KBR Government Solutions President. "This win highlights the extraordinary value KBR provides to our customers, time and time again."

In addition to Finland and Kuwait, KBR provides its expertise to other FMS F-18 customers, including Australia and Switzerland.

For more than four decades, KBR has delivered integral development and systems modernization support to the F/A-18 family of aircraft, including the Super Hornet and EA-18G Growler. The F/A-18, which serves as an all-weather fighter and attack aircraft, is flown by the U.S. Navy and Marine Corps, as well as numerous allied countries. In fighter mode, the aircraft is used primarily as an escort and for fleet air defense. In attack mode, the F/A-18 provides force projection, interdiction, and close and deep air support.