GDIT to help improve collaboration and information sharing across the DoD with the largest ever deployment of Microsoft Office 365. 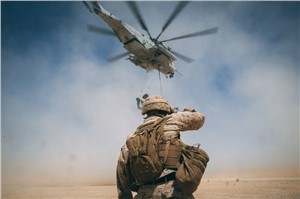 General Dynamics Information Technology announced it was awarded the Defense Enterprise Office Solutions (DEOS) contract by the General Services Administration in partnership with the Defense Department and the Defense Information Systems Agency.

DEOS will streamline the DoD's use of cloud email and collaborative tools while enhancing cybersecurity and information sharing across the DoD's enterprise based on the latest commercial technology. GDIT will stand up and accredit DEOS cloud environments as well as support the migration of existing DoD Office 365 (O365) tenants into DEOS. The DEOS environments are intended to support over 3.2 million DoD users and GDIT will provide engineering, migration, training and support services for those users. DoD estimates the value of the DEOS Blanket Purchase Agreement (BPA) at $4.4 billion over a 10-year period, which includes a five-year base period with two two-year options and one one-year option.

Market forecasts by Regions, by Industry, and by Type. Market/Trends Overview, Opportunity Analysis, and Leading Companies

"GDIT looks forward to our continued partnership with GSA, the DoD and DISA in achieving the goals outlined in the DoD Cloud Strategy. DEOS will provide new and powerful collaboration capabilities to users across the enterprise and all the way to the tactical edge while driving efficiencies and enhancing the DoD security posture," said Amy Gilliland, president, GDIT. "The demand for DEOS capabilities have been further amplified by the COVID-19 crisis and more than ever, it's imperative that we accelerate the deployment of technology to support our mission partners."

Under the contract, GDIT will replace legacy DoD IT office applications with an enterprise-wide standard cloud-based solution across all military services worldwide for both unclassified (IL5) and classified (IL6) environments. This solution will allow DoD users and mission partners to more seamlessly collaborate and share information regardless of their location or DoD organization. DEOS represents a major pillar of the DoD CIO's cloud strategy, the largest ever deployment of Microsoft O365 and the first deployment of O365 in a DoD classified environment.