A Written Ministerial Statement has been laid today in Parliament announcing a change of operating model for the Atomic Weapons Establishment (AWE). 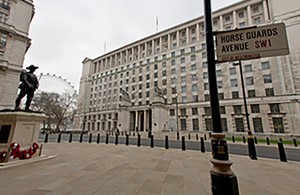 In 1993 the Ministry of Defence (MOD) entered into a Government owned Contractor operated arrangement with Hunting-BRAE whereby Hunting-BRAE operated the Atomic Weapons Establishment (AWE) on behalf of the Government. In 1999, following a competitive tender, a new 25-year contract was awarded to AWE Management Ltd (AWE ML).

On the 1 July 2019 the MOD triggered the Successor Arrangements clause with AWE ML to consider alternative viable management options ahead of the current contract expiration. Following an in-depth review, the MOD concluded that AWE plc will become an Arms-Length Body, wholly owned by the MOD.

The change in model will remove the current commercial arrangements, enhancing the MOD’s agility in the future management of the UK’s nuclear deterrent, whilst also delivering on core MOD objectives and value for money to the taxpayer.

The decision was taken in order to simplify and further strengthen the relationship between the MOD and AWE plc, enhancing the MOD’s ability to invest in the development of the workforce, technology and infrastructure, and therefore in the future of AWE plc.

The MOD recognises the achievements of everyone involved with AWE and thank AWE ML and its shareholders for their support in stewarding the organisation through crucial phases of delivery and planning.