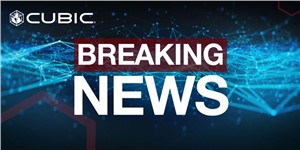 P5CTS provides secure, tailorable and scalable instrumentation solutions that best support warfighter needs in air-to-air, air-to-ground and surface-to-air combat training missions.  All partner F-35s are equipped with the P5 Internal Subsystem (IS), that provides encrypted Air Combat Maneuvering Instrumentation (ACMI) for coalition military forces to train on a common platform. To date, over 600 F-35 P5 IS have been delivered to Lockheed Martin, with the majority of those currently installed and flying on U.S. and partner F-35s.

A key component of the P5CTS, Cubic’s P5CTS ground subsystem is the first to be exported for training for the F-35, allowing multiple range service providers the ability to integrate the RN and RAF F-35 into its range training systems. The P5CTS ground subsystem enables the live monitoring and management of P5-equipped aircraft with a single ground station and remote range unit. These ground stations can be upgraded with an encryption module for the live monitoring of F-35s carrying P5 IS. The P5 ground station upgrade, referred to as Block 4A in the U.S., has been installed at six U.S. Air Force and U.S. Navy bases. The Block 4A fielding plan currently includes an additional 18 encryption modules (EM) for the U.S. Air Force and 15 EMs for the U.S. Navy for training range upgrades.

The ground subsystem is a foundational element for air combat training exercises as it will enable combined training for squadrons from the Royal Navy, Royal Air Force and U.K. partner nations. It incorporates the Individual Combat Aircrew Display System (ICADS), which supports individual pilot debriefs at homestations or mass debriefings in theater environments.  The ground subsystem will be installed by Cubic at the MOD Hebrides Range and will add another training range to P5CTS’ global network.