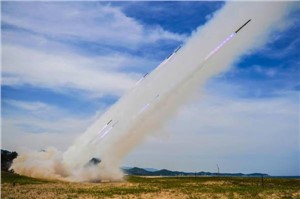 We are delighted to introduce Future Artillery Online - the virtual partner to the world's leading conference for the fires community.

Long-range precision fires tops the US Army's list of modernisation priorities, a reality that underlines the importance of artillery as a joint enabler within a multi-domain battlespace. As proliferating A2/AD technologies threaten to undermine NATO air superiority within a contested theatre of operations, artillery must be able to reverse longstanding deficiencies in range and mass. Forces are seeking agile, self-propelled capabilities that can exceed the conventional roles of suppressive fire and manoeuvre support to enable precision striking of strategic targets at long-range - whilst minimising vulnerability to counter-fire.

Future Artillery Online provides a unique platform to look not only at the systems themselves, but also at ongoing efforts to enhance digitisation, improving the interoperability of NATO joint fires and enabling the artillery user to exploit a networked battlespace. A related focus will be enhancing C2 in a contested theatre of operations by integrating with the joint force's wider ISTAR enterprise.

Register now to join discussions on long-range fires, next-generation munitions, digitisation, ISTAR integration and training, with perspectives from forces deployed in Europe and as part of COIN operations around the world.

We look forward to seeing you online in October.