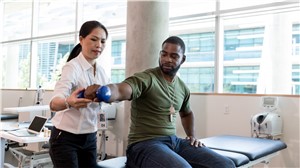 "GDIT is committed to supporting the men and women who have served our country, and we look forward to our continued partnership with the VA," said Kamal Narang, Vice President and General Manager for GDIT's Federal Health Sector. "Through this contract, GDIT will completely digitize veteran service and claim records, delivering timely benefits awards to veterans and their families who have earned them."

GDIT will also accelerate the modernization of legacy veteran records by deploying new digital capabilities and artificial intelligence to automate routine tasks. In addition to improving services for veterans, these solutions will increase cost savings and efficiency to the VBA.