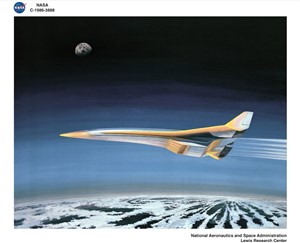 The Defense Department is developing hypersonic strike systems because of their unique warfighting aspects of range, speed, maneuverability, survivability and lethality, said the assistant director of hypersonics, Office of the Undersecretary of Defense for Research and Engineering.

Those hypersonic attributes address the problem of area access and area denial, posed by potential adversaries, Russia and China, in particular, said Mike E. White, who spoke yesterday at a Defense One Hypersonics and Space panel.

Some of the research is going into reusable hypersonics vehicles, White added.

The Chinese and Russians have stated that they're developing hypersonic systems for both nuclear and conventional weapons delivery, he said, adding that the DOD is focused on conventional systems.

The department is currently looking at designing hypersonic systems that are reusable, White said, meaning that once a hypersonic vehicle takes off, it doesn't just explode like a missile, but rather, it can be used again, in certain ways similar to the reusable SpaceX's Falcon 9 rocket.

Reusable hypersonics is still in the maturation stage 1, he said, meaning that it's still got a long way to go. System and subsystem integration is critically important in this regard, he added. "It's a hard problem."

Turbulence modeling using wind tunnels is useful but can only go so far, White said. It's difficult to do that between mach 5 and mach 20 in the wind tunnel. The ultimate testbed may involve flying hypersonic test vehicles at that speed and evaluating the data, as weird things can happen at those incredible speeds that would otherwise be hard to predict.

Advanced modeling and simulation techniques being developed could address some of those concerns regarding testing, he added.

Interestingly, a number of small companies and venture capitalists are interested in trying to leverage the advantages of reusable hypersonics for various applications including military, satellite delivery and even human space transport. He said the department hopes to leverage those innovators.

The department is heavily investing in hypersonics and it's a priority, White noted.

The hypersonics budget since 2016 has gone up by a factor of 10. This year, it's about $3.5 billion, and it's expected to continue.

Programs of record and fielding of hypersonics weapons should be in the middle of this decade, he added.