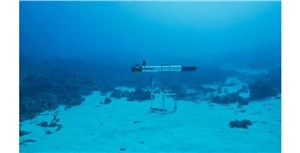 Because marine organisms observe changes in their environment using a combination of senses, they offer unique insights into the underwater world that are difficult to replicate using traditional engineering techniques. DARPA’s Persistent Aquatic Living Sensors (PALS) program aims to leverage this phenomenon to augment the Department of Defense’s existing, hardware-based maritime monitoring capabilities. The program, launched in November 2018, is now entering its second phase.

In the first phase, teams demonstrated that marine organisms could sense the presence of an underwater vehicle (or confounder) in their environment and respond with an output signal or other observable behavior. This required performers to not only identify organisms with an appropriate, unique, and measurable signal, but they also needed to distinguish this target signal of interest from background noise.

In the second phase, teams will develop man-made detector systems to observe, record, and interpret the organisms’ responses, and transmit analyzed results to remote end users as distilled alerts. Complete PALS systems will discriminate between target vehicles and other sources of stimuli, such as debris and other marine organisms, to limit the number of false positives. By teaming marine organisms with distributed detection systems, PALS aims to greatly extend the lifetime and range of undersea surveillance capabilities.

“Because marine organisms are ubiquitous in their environments, self-replicating, and largely self-sustaining, sensing systems that use marine organisms as their foundation would be discreet, cost-effective, and provide persistent undersea surveillance with a minimal logistical footprint,” noted Dr. Lori Adornato, PALS program manager.

In an important step toward that goal, DARPA has awarded Phase 2 contracts to four separate organizations in order to advance the PALS concept:

Raytheon BBN is working with snapping shrimp for use in a passive bi-static sonar system; Northrop Grumman Systems Corporation is also working with snapping shrimp, using the snap as the input pulse for a 3D acoustic imaging system; and a third team from Florida Atlantic University uses Goliath Grouper as their biological sensor. Naval Undersea Warfare Center – Newport Division is a government partner on the program, using an ecosystem approach to determine if an unmanned underwater vehicle has passed by a reef.

“The performer teams met the Phase 1 metrics and showed that there was a path towards meeting the more challenging Phase 2 and 3 metrics,” added Adornato. “We are excited to continue working with these talented, creative, and scientifically rigorous teams to meet the challenges outlined for the PALS program.” Phase 2 of the PALS program is expected to run until November 2021.