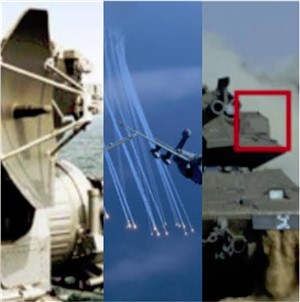 A protection system was designed for asset securitization and to protect military personnel in the combat zone from incoming warheads. The latest innovations in the protection system market can detect, track and destroy incoming projectiles.

These technologies can be divided into two categories according to their applications, namely Active Protection System (APS) and Passive Protection System (PPS). The passive protection system is an armor-based device that prohibits weapons such as ATGM, RPG, and KEP from penetrating the protective cover and causing damage. The development of ammunition technology, such as top-level attack capabilities and sensor-based systems, can track combat vehicles on all platforms, leading to the development of active protection systems. The APS system is based on radar technology and can detect electromagnetic waves emitted by incoming warheads. These systems are based on infrared sensing and guidance and can deflect or destroy target ammunition. The APS system can be further divided into soft killing and hard killing countermeasures. Soft kill APS technology uses electronic countermeasures to prevent ammunition from reaching its target. They are modular systems that use core technologies such as infrared and sound-based detection to put warheads into space. Tenacious countermeasures use shock-based weapons to detonate the threat.

The market forecast company released a study that provides a holistic view of the global protection system market in response to changing market dynamics and technological innovation. Geopolitical conflicts intensified due to border tensions are expected to drive market growth. Due to the US-China trade war, global tensions related to the South China Gulf and COVID-19 are developing in global socio-political issues, the procurement of this weapon is expected to increase. Due to the global economic downturn and rising unemployment, the defense budget is seen as a challenge. Due to the ongoing blockade, global GDP is currently shrinking. Therefore, defense funding for the coming year is expected to be lower.

The Global Protection Systems Market generated a revenue of around USD 11 Billion in the year 2019 and is expected to reach a value of approximately USD 16 Billion by the year 2028. The market is segmented across Platforms, Region, Type of Protection System, and Components. The Platforms’ segment is further sub-segmented as Air, Naval, and Air Borne. On the basis of the Protection System, the market is classified as Active, Passive, and Hybrid Protection Systems. The Regions covered by this report include North America, Europe, APAC, the Middle East, and RoW. An additional segment that covers a detailed analysis based on APS components has been covered in this report. The APS Components segment is further divided by Sensor, Fire Control Unit, and Firing System. The fire control unit caters to components like reloader as well as an autoloader.

Among the protection systems, passive protection systems are expected to occupy a leading position in the market in 2028. On the contrary, hybrid systems are an upcoming technology that is expected to grow at a rate of approximately 21% during the forecast period. It is expected that by 2020, North America will have the largest market share, followed by the European Union. Because of the existence of key companies such as Raytheon and Lockheed Martin, the United States accounts for a large portion of the revenue generated in North America. In addition, the United States provides infrastructure to support research in the field of defense technology, so increased research funding is another factor driving the development of this market. In addition, the existence of organizations like NATO promotes trade in ammunition technology between the United States and its allies, thereby driving market growth.

Due to the development of countries such as China and Russia, the Asia-Pacific region is expected to become the fastest-growing segment, and these countries have formulated local plans to stabilize the growth of their defense industries. Among APS components, sensor-based technology is expected to have the largest market scale due to its advanced applications in ammunition and vehicle technology.