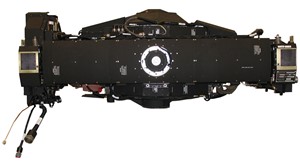 Collins Aerospace Systems, a unit of Raytheon Technologies Corp. (NYSE: RTX), has been awarded a $19.9 million contract by the U.S. Navy’s Office of Naval Research (ONR) to conduct a maritime experiment of the company’s MS-177A long-range multi-spectral imaging sensor on a Navy flight test P-3C Orion aircraft. The experiment will mark the first time Collins Aerospace’s MS-177A has been flown by the Navy. The previous version of the sensor, the MS-177, has completed flight testing on the U.S. Air Force (USAF) Global Hawk and will soon go operational.

Over the course of the 30-month contract period, Collins Aerospace will fabricate an MS-177A sensor and supporting flight test hardware from its existing USAF production line and install it on the P-3C aircraft. The follow-on phase will encompass experimental flights in a maritime threat environment. Results of the experiment will demonstrate the MS-177A’s ability to expand the Navy’s maritime ISR capabilities in the Anti-Submarine Warfare (ASW), Anti-Surface Warfare (ASuW) and Mine Warfare (MIW) mission domains using a mature USAF sensor system.

“When used in conjunction with other spectrum sensors, our proven MS-177 family of systems can greatly increase the probability of detection for threats, while operating in both permissive and contested environments,” said Kevin Raftery, vice president and general manager, ISR and Space Solutions for Collins Aerospace.