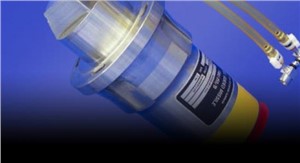 Kaman Corp. (NYSE:KAMN) announced today that Kaman Precision Products received a follow-on order for Lots 17 and 18 of its current Joint Air-to-Surface Standoff Missile (“JASSM”) contract with Lockheed Martin Corporation. This order has an expected value of approximately $10.6 million for the procurement of both the JASSM and Long Range Anti-Ship Missile (“LRASM”) fuzes with performance beginning in 2021 and running through 2023.

“We have made significant investments and operational improvements in our missile fuzing business due in large part to the continued growth we have seen for these offerings,” said Jerry Ricketts, President of Kaman Precision Products. “We are proud to partner with Lockheed Martin on the JASSM and LRASM programs and look forward to continuing to support these critical weapons systems.”

JASSM is a cruise missile with a penetrating blast-fragmented warhead, of which Kaman is the sole source fuze provider. The powerful missile has been in service with the United States Air Force since 2009. The JASSM is integrated on the U.S. Air Force's B-1B, B-2, B-52, F-16 and F-15E and internationally on the F/A-18A/B and the F-18C/D.

LRASM is a stealth anti-ship cruise missile that was developed by DARPA (Defense Advanced Research Projects Agency) to meet the needs of the United States Navy and the USAF and has been in service since 2014. LRASM was developed to be used in contested environments by detecting and destroying targets within groups of ships. By relying less on surveillance and intelligence than previous anti-ship cruise missiles, it has been a successful step towards a more autonomous missile. LRASM is currently only used as an air-launched missile on the F/A-18E/F Super Hornet and the B-1B Lancer.