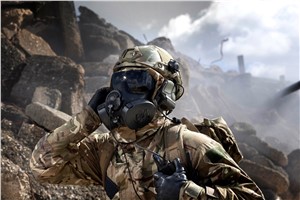 Avon Rubber p.l.c. is pleased to confirm the U.S. Department of Defense (“DoD”) has announced the award of a dual source contract to supply replacement M61 filters for the M50 mask system.

Avon Protection will compete for each order of the $127 million contract over a duration of up to seven years, being a five-year base period plus two further one-year extension periods.

Avon Protection anticipates receiving the contract and first order shortly, with deliveries expected to commence in our 2021 financial year.

"We look forward to continuing to deliver the highest performing and highest quality respiratory protection to the U.S. DoD.

This award together with the M50 mask system sustainment contract announced in June, will further underpin our ongoing sustainable revenues from the U.S. DoD’s installed base of over two million M50 mask systems.”