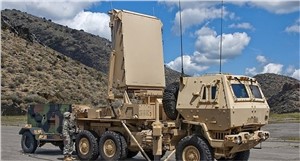 The military radars market is projected to grow from USD 14.0 billion in 2020 to USD 17.4 billion by 2025, at a CAGR of 4.4% during the forecast period. Increasing threats from high-speed missiles and aircraft have led to an increase in demand for surveillance and fire control radars.

Based on the application, the air & missile defense segment is expected to lead the military radars market share during the forecast period.
Ongoing modernization programs in airspace monitoring in Asia Pacific region, activities such as sea-based military operations, drug trafficking, illegal migrations, demand for early warning threat detection systems, continuous demand for mine detection systems and equipment by US military to tackle conflicts in the Middle East and Asia Pacific will drive the market for air & missile defense radars, globally.

Under Platform segment, Naval subsegment is estimated to be the largest and fastest-growing market
The naval platform is estimated to be the largest and fastest-growing segment in the military radars market. The growth of this segment can be attributed to Increased efficiency and higher accuracy of ship-based naval radar systems drive this segment. The demand for effective weapon guidance systems for naval ships is boosting the growth of ship-based naval radars. Increasing investments by the Asian countries for the development of ship-based radar systems is further propelling the industry growth. More than half of the global shipbuilding activities are conducted in countries such as China, Japan, and South Korea will drive the market for naval radars.