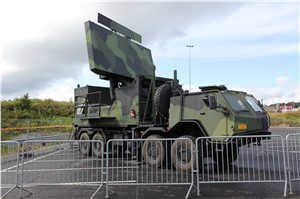 Teledyne Brown Engineering, Inc., a division of Teledyne Technologies Incorporated (NYSE:TDY), today announced it has been awarded a $29 million contract from Raytheon to produce and sustain the Army Navy/Transportable Radar Surveillance (AN/TPY-2) Cooling Equipment Units (CEU). The AN/TPY-2 is the world’s most powerful ground mobile radar system and requires one CEU per unit. The system interfaces with Terminal High Altitude Area Defense (THAAD) Fire Control and Communications and the remainder of Lockheed Martin supplied weapon systems.

“We are pleased to be a part of this effort with Raytheon on a contract that is well suited for our company and our employees,” said Jan Hess, President of Teledyne Brown Engineering. “We have provided countless systems and delivered critical system hardware for decades to assist with our nation’s defense.”

AN/TPY-2 can be deployed in different modes and is a critical element in the Ballistic Missile Defense System used to detect, acquire, track, and discriminate possible incoming ballistic missiles. The CEU is a transportable shelter that houses power distribution to the radar and provides temperature controlled liquid cooling to the Antenna Equipment Unit.

Teledyne Brown Engineering began work at their Huntsville, Alabama facility in September of 2019. Their role will involve the manufacture and assembly of multiple CEUs and sustainment over the next 3 years.