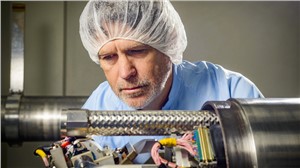 The company has continued to develop this sovereign capability through the provision of maintenance, repair and update services in two states.

Periscope work is undertaken by 34 specialist employees working in purpose built facilities at Mawson Lakes South Australia and at HMAS Stirling Naval Base, in Western Australia.

The largest update project undertaken during this time was the transition from analogue to digital periscopes which are now also transitioning into service.

“Some three decades later, we continue to build and grow our experience in maintaining and updating this critical piece of defence equipment. During this time we have also supported the development of new capabilities in our local supply chain.

“Defence projects are high value, create and sustain new industrial capabilities, require leading edge technologies and can run over decades which is why they are so important to our nation’s economy.”