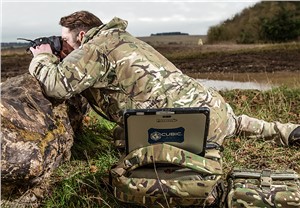 “We are proud to continue supporting the British Army in achieving mission readiness by delivering expeditionary and complex tactical training at all levels,” said Mike Knowles, president of Cubic Global Defense. “This contract award builds on the work we have accomplished with both the existing SCOPIC contract and our recent AWES award to deliver a world-class training experience.”

The SCOPIC 2 system replaces battlefield capabilities that are difficult to replicate in live collective training with simulation. These may be complex systems such as unmanned air systems (UAS) feeds or additional force elements providing context, including flanking or depth activity. Examples of SCOPIC 2 capabilities include UAS and targeting pod downlinks from Close Air Support platforms; hand-held observation device emulations that allow visualization of fall of shot from guns, missiles, mortars and air-delivered weapons; emulated radar and electronic warfare (EW) terminals that allow soldiers to locate the enemy; and ground based air defense emulations. SCOPIC 2 captures and recreates these activities for post-mission analysis.

Cubic first provided this capability under the MicroSCOPIC contract awarded in 2016 and has deployed the system globally in support of the British Army.