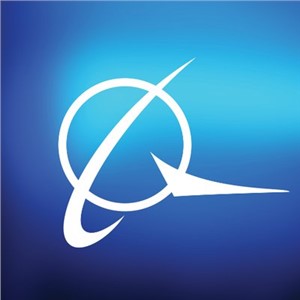 Boeing strengthened the Israeli aerospace industry by nearly $1 billion (3.5 billion Israeli shekels) in the last three years, according to the latest data from the Industrial Cooperation Authority (ICA) within Israel’s Ministry of Economy and Industry.

Boeing’s multiple cooperation projects with Israeli companies helped drive this growth.  The company committed to a long-term strategy for developing Israel’s aerospace industry in 2018, as part of an umbrella agreement with the Ministry of Economy and Industry. Since then, Boeing has directed at least 35 percent of the contract value from Israeli government defense procurements to Israel-based companies and suppliers. The agreement is also a testament to the ICA’s commitment to bridge the gap between small and medium-sized (SME) businesses and multinational corporations.

“This agreement is definitely an opportunity, a vote of confidence, especially these days and a declaration of intent by a leading international business corporation in the capabilities of the local Israeli industry and its products,” said Ziva Eger, ICA chief executive. “By nurturing strategic partnerships such as these, we will continue to promote the Israeli economy forward.”

Boeing has worked in coordination with the Production and Procurement Directorate of the Ministry of Defense, as well with the Manufacturers’ Association of Israel, to train and develop SMEs on the path to becoming Boeing suppliers. Boeing has assessed and provided training to over 60 Israeli SMEs. Recent examples include:

“Boeing’s partnership with Israel extends more than seven decades and the country has a robust and capable industry that can provide global support to both defense and commercial businesses,” said Maria Laine, Boeing vice president, International Strategic Partnerships. “Boeing and the Israeli government’s considerable investment in the aerospace industry will continue to serve as a growth accelerator in the country and as a bedrock for customers and suppliers to develop lasting partnerships.