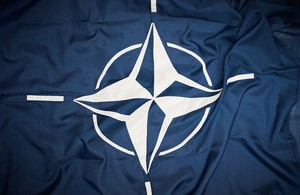 The crisis prevented ministers meeting in person in Brussels, but continued as planned via video conferencing, including several bilateral meetings.

Work continues at pace to progress NATO’s agenda to adapt and modernise to meet the threats of an increasingly unstable world, as agreed at the London Leaders’ Meeting last December.

Defence Secretary Ben Wallace said:
"From the outbreak of Covid-19 to Russia’s new missile capabilities, the complex threats we face take many forms and derive from multiple sources."

"NATO is rising to meet all of these challenges, by strengthening its response to the pandemic, pushing forward its ambitious adaptation agenda agreed last year in London and continuing to provide essential deterrence and defence in an increasingly uncertain world."

At this week’s meeting, ministers discussed:

The UK has been integral in championing the Alliance’s collective, balanced response to new Russian missiles and in strengthening NATO’s deterrence and defence posture, which is the bedrock of the UK’s defence.

Mr Wallace also praised the progress NATO has made in adapting to today’s emerging challenges such as hybrid warfare and disruptive technologies.

COVID-19
Ministers were also joined by counterparts from Australia, Finland, Sweden and the EU’s High Representative for Foreign and Security Policy to discuss the long-term security implications of COVID-19. Ministers agreed an operational plan to ensure Allies are ready to support one another through any further waves of infection, as well as new guidelines to strengthen Allies’ preparedness and resilience.

Through the NATO Euro Atlantic Disaster Relief Co-ordination Committee (EADRCC), NATO Allies have helped to deliver hundreds of tonnes of vital aid where needed. The Defence Secretary recognised the important role the Armed Forces and NATO have played in the global response to COVID and assured Allies the UK will continue to support in this effort.

The UK will also make a monetary contribution to a new NATO Pandemic Response Trust Fund, which will be used to support Allies and partners through activities such as the purchase of vital equipment, the transportation of medical personnel and supplies, and the purchase and delivery of other relief resources.

NATO burden sharing – UK defence investment
In discussions the Defence Secretary underlined that the UK will continue to meet its 2% GDP defence-spending commitment and our defence budget will grow by at least 0.5% above inflation in each year of this Government. NATO is built on a commitment to collective defence and mutual support – a commitment which is reinforced by countries sharing the burden of defence investment and meeting the 2% target. Since all Allies pledged to meet the 2% target by 2024 at the Wales Summit in 2014, significant progress has been made. In 2019, defence spending by non-US Allies increased in real terms by 4.6 per cent – the fifth consecutive year of growth.

NATO – The bedrock of UK defence
The UK continues to play a leading role in NATO by contributing to operations across the globe and offering its cutting-edge capabilities to the Alliance:

Tell a friend:
NATO Defence Ministers Focus on Adaptation of the Alliance to Counter Modern Threats