Kopin Selected by L3Harris for Next Generation Military Program 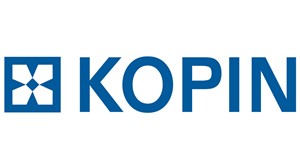 Kopin Corporation (NASDAQ: KOPN), a leading provider of innovative wearable computing technologies and solutions, today announced it has been selected by L3Harris (NYSE: LHX) to supply its high-brightness liquid crystal display (LCD) module for inclusion in the integrated rifle scope for the Next Generation Squad Weapon – Fire Control (NGSW-FC) program. Kopin’s display module is composed of a high-performance internally - designed VGA resolution LCD microdisplay with a specialized LED backlight and Kopin’s driver board.

The NGSW-FC is slated to replace the traditional direct view riflescopes currently fielded by the US Army. The NGSW-FC provides an integrated approach to targeting by combining range-finding capability, ballistic computation and environmental sensors that increase the probability of accurate targeting, while decreasing the time to engage a threat. The US Army plans to procure up to 250,000 systems to support many of its current and future weapon platforms. This weapon system is for ordinary daylight situations and is in addition to the thermal weapon systems that Kopin is currently supplying. Deliveries of initial prototypes are expected to start in third quarter of this year and early production is expected to commence in mid-2021.

“This selection and contract award is just the latest example of Kopin being awarded a program to supply high brightness LCDs for military augmented reality applications,” said Bill Maffucci, the Company’s Vice President/General Manager of Government Programs, “This award is a testament to both the strength of our technology and production capabilities. Over the years Kopin’s display products have demonstrated superior performance in the most challenging environments and continue to be the displays of choice for high performance military applications. We look forward to continuing to provide our soldiers with the best technology possible.”

For the US Army, the Next Generation Squad Weapons (NGSW) is a family of products that includes a Rifle (NGSW-R) and an Automatic Rifle (NGSW-AR) that integrate an advanced fire control and common 6.8mm ammunition. The NGSW-FC is an advanced individual fire control device that supports the NGSW-R, NGSW-AR, and other individual and squad weapon systems. The L3Harris NGSW-FC prototype utilizes open architecture to deliver to an initial augmented core capability followed by increasing increments of capability over time as technology matures and evolves.

“We are excited with this new major win as it both showcases our unique technological capabilities and represents a major new production opportunity for Kopin,” said Dr. John C.C. Fan, President of Kopin Corporation. With our full suite of microdisplays including LCD, LCOS and OLED, Kopin has become the microdisplay provider of choice for defense and enterprise applications. With our expertise in optics and specialized IC chips we have now expanded our capabilities to include high level integrated modules and subsystems. With the increased demand for AR and VR applications from both defense and enterprise customers, we are very enthused about Kopin’s positioning in this growing market segment.”

Tell a friend:
Kopin Selected by L3Harris for Next Generation Military Program