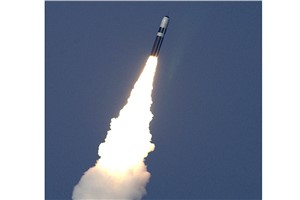 The Defence Secretary has laid a written ministerial statement in Parliament, reproduced below.

In 2007 the government, endorsed by a Parliamentary vote, began a programme to maintain the UK’s nuclear deterrent beyond the early 2030s. The 2015 Strategic Defence and Security Review (Cm 9161) confirmed the UK’s commitment to an independent minimum credible deterrent, reaffirmed in 2016 when the House voted overwhelmingly to maintain the Continuous At Sea Deterrence posture.

Our independent nuclear deterrent is essential to defend the UK and our North Atlantic Treaty Organisation (NATO) allies against the most extreme threats to our national security and way of life. The government’s 2019 manifesto pledged: “We will maintain our Trident nuclear deterrent, which guarantees our security”. To ensure the government maintains an effective deterrent throughout the commission of the Dreadnought Class ballistic missile submarine we are replacing our existing nuclear warhead to respond to future threats and the security environment.

As set out in our annual updates to Parliament on the Future of the UK’s Nuclear Deterrent the Ministry of Defence’s Defence Nuclear Organisation is working with the Atomic Weapons Establishment: to build the highly skilled teams and put in place the facilities and capabilities needed to deliver the replacement warhead; whilst also sustaining the current warhead until it is withdrawn from service. We will continue to work closely with the U.S. to ensure our warhead remains compatible with the Trident Strategic Weapon System.

Delivery of the replacement warhead will be subject to the government’s major programme approvals and oversight. My department will continue to provide updates through the annual report to Parliament on the United Kingdom’s future nuclear deterrent.