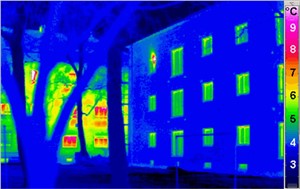 According to the research report "Thermal Imaging Market by Technology (Uncooled, Cooled), Wavelength (LWIR, SWIR), Product (Cameras, Modules), Application (Security & Surveillance, Monitoring & Inspection), Vertical (Aerospace & Defense, Healthcare), Region - Global Forecast to 2025", the global thermal imaging market is estimated to grow from USD 3.4 billion in 2020 to USD 4.6 billion by 2025; at a CAGR of 6.2%. Increasing government expenditure on the aerospace & defense sector is one of the factors fueling the growth of this market.

“Market for uncooled technology-based thermal products accounted for larger share of thermal imaging market in 2019”
The market for uncooled thermal products accounted for a larger share of the thermal imaging market in 2019. The growth of this market is attributed to the increasing demand for uncooled thermal solutions for commercial applications. Furthermore, the availability of HD resolution makes uncooled thermal solutions an ideal solution for high-resolution applications, such as military security and surveillance, perimeter protection, industrial detection, and automotive diagnostic. Moreover, they offer long-time services due to the presence of less moving parts.

“Market for SWIR thermal products expected to grow at highest CAGR during forecast period”
The SWIR segment is projected to lead the thermal imaging market with the highest CAGR of 8.9% from 2020 to 2025. The growth is expected due to several advantages offered by SWIR, such as the ability to see through a glass, availability in small size, and ability to see the covert laser. Moreover, as the technological advancements and efforts to launch new low-priced SWIR cameras, is likely to increase the penetration of SWIR cameras.

“Market for thermal modules is expected to grow at highest CAGR during forecast period”
Thermal modules are estimated to grow at the highest CAGR during the forecast period. The growth is estimated owing to their compact size, low cost, and flexibility to integrate with other devices such as drones, smartphones, and wearables, enabling them to penetrate in new application areas. Leonardo S.p.A. (Rome, Italy), and Leonardo DRS (US), BAE Systems (UK), and Xenics (Belgium) are the major manufacturer and supplier of thermal modules.

“Security and surveillance application accounted for largest share of thermal imaging market in 2019”
The security and surveillance application held the largest share of the thermal imaging market in 2019. The growth is attributed to the increasing government expenditure in the military sector. According to the Stockholm International Peace Research Institute (SIPRI), in 2018, the global military expenditure was USD 1,822 billion, which was increased by 2.6% compared to 2017. This increase is mainly carried out to procure advance protective systems and gadgets, which enables the soldiers to safeguard country borders from illegal human or animal activities.

“APAC is expected to grow at highest CAGR during forecast period”
APAC is expected to grow at the highest CAGR during forecast period. The growth of the thermal imaging market in APAC is attributed to the presence of regional vendors in China and India, offering low-cost solutions, which in turn causes a decline in prices of thermal imaging products. Additionally, the increase in mass production of the thermal camera in China supports the growth of the market along with the presence of a number of OEMs as well as thermal imaging product manufacturers.