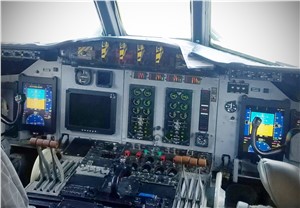 “Astronautics delivered this customized display configuration to Lockheed Martin on time and on budget,” said Astronautics President Chad Cundiff.  “We provided an incremental, modular solution for retrofitting the P-3 fleet that limits aircraft downtime and met our customer’s budget and schedule needs.  This cost-effective approach is a key element in support of CBP’s objective to keep the P-3 flying to 2030 and beyond.”

Astronautics’ displays have been on the P-3 since the early 1960s when the aircraft was first equipped with Astronautics’ attitude direction and horizontal situation indicators. In the late 1990s, Astronautics replaced these electromechanical instruments with its first-generation electronic flight instrument system, creating a fully-integrated glass cockpit.