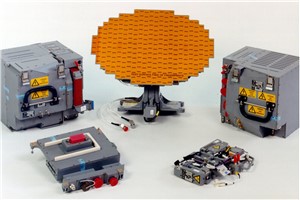 --Leonardo has signed a multi-year, performance-based logistics contract with Draken International to ensure a high availability rate for the Grifo-L radars used to train US Air Force pilots
--The contract marks an important milestone in the partnership between Draken and Leonardo, and paves the way for future activities relating to other Leonardo products and services in high-usage domains like Adversary Air
--Leonardo's Grifo family of radar systems is in service with six international Air Forces plus private operator Draken International, together reaching over 150,000 flight hours

Leonardo has signed a multi-year support service contract with Draken International which will ensure that the Grifo-L fire control radar systems installed on Draken’s fleet of 24 L-159E fighter jets are available whenever they are needed. Key to the contract award was Leonardo’s ability to quickly implement a bespoke business model, whereby robust support is delivered via a repair-and-return cycle backed by the wider Leonardo business.

The Grifo-L radars which will be supported are used to deliver ‘Adversary Air’ services at the United States Air Force (USAF) Fighter Weapons School at Nellis Air Force Base. Here, the L-159E, nicknamed the “Honey Badger”, simulates the role of an ‘enemy’ aircraft. As part of engagements, the Grifo-L radar is used to emulate a credible threat to the 4th and 5th Generation US, Italian, NATO, and other Allied fighter pilots undergoing training.

The contract is designed to sustain Draken’s flying-by-the-hour business model, which requires the Grifo-L radars to be readily available. To meet this need, Leonardo has developed a tailored, high-performance model which is able to support the ‘wartime rate’ of flying which is required. Leonardo tested the new model under a trial basis with Draken in 2018 where it proved successful.

Leonardo’s Grifo family of radar systems is in service with six international Air Forces as well as Draken, a private operator. In total, more than 450 Grifo radars have been sold, notching up more than 150,000 flight hours between them. The latest addition to the Grifo family is the Grifo-346 radar, which features optimised performance and has been tailored for the Leonardo M-346FA (Fighter Attack) aircraft.