SMi reports: Women in Defence UK & The British Army announced as new speakers for the Social Media in the Defence and Military Sector conference, taking place in London on 20th and 21st November 2019 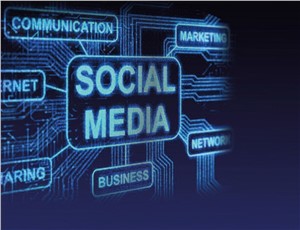 As Social Media has become a crucial tool for the Armed Forces in the 21st century, and can be used as a platform to reach out to a global audience, SMi’s 9th annual Social Media in the Defence and Military Sector conference, will take place in London on the 20th and 21st November 2019.

SMi are pleased to announce two brand new speakers have been added to the agenda including:
Rachael Clamp, Leadership Team, Women in Defence UK who will present: Women in Defence UK: Strategically Growing and Engaging; and Colonel Christopher MacGregor, Assistant Head, Army Media & Communications, British Army who will present: Fighting with Facts – The British Army.

The two-day event aims to aid delegates in developing their social media strategies by looking at the ways in which nations and key industry players are using social media, as digital communications becomes essential to the perception of military and defence activities globally.

To register for the conference and/or workshops, secure your place at https://www.asdevents.com/event_register.asp?id=21496

Tell a friend:
Women in Defence UK & The British Army announced to present at SMi's 9th annual Social Media in the Defence and Military Sector conference next month

Social Media in the Defence and Military Sector 2019 Conference