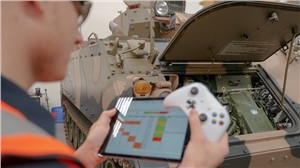 BAE Systems and the Australian Army will convert two M113 AS4 Armoured Personnel Carriers at its Edinburgh Parks facility by October using autonomous technologies developed by the company in Australia.

The project will see these vehicles used by the Army to conduct experiments to better understand the opportunities to employ autonomy on the battlefield and implementing its recently released Robotics and Autonomous Systems Strategy.

Autonomous vehicles on the battlefield could have a range of uses from intelligence gathering to logistics support.

Following the demonstration, the optionally crewed M113 AS4 will also be available for BAE Systems, and other Trusted Autonomous Systems Defence Cooperative Research Centre partners, to use as test and demonstration vehicles as the company continues development of world leading autonomous technologies through the CRC program.

The Trusted Autonomous Systems CRC was announced by the Australian Government in 2017 under the Next Generation Technologies Fund to deliver game-changing autonomous systems that ensure trusted, reliable and effective cooperation between people and machines during military operations.

BAE Systems is a founding member of the CRC and is the industry lead for Land Autonomy, working closely with Army and with Defence Science and Technology Group to ensure soldiers have what they need to be future ready on the battlefield.

“The Australian Army Robotic and Autonomous Systems Strategy highlights the goals that Army is seeking from this disruptive technology.

“Through this demonstration and the CRC program, we will help the Army achieve that.”