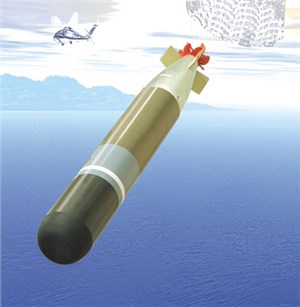 ­­­The State Department has made a determination approving a possible Foreign Military Sale to Canada of MK 54 lightweight torpedoes with support for an estimated cost of $387 million.  The Defense Security Cooperation Agency delivered the required certification notifying Congress of this possible sale on May 16, 2019.

This proposed sale will support the foreign policy and national security objectives of the United States by helping to improve the military capability of Canada, a NATO ally that is an important force for ensuring political stability and economic progress and a contributor to military, peacekeeping and humanitarian operations around the world.

Canada intends to upgrade its current inventory of MK 46 torpedoes to the MK 54 with the purchase of these kits.  The MK 54 torpedo is designed to be easily upgraded from the existing MK 46 torpedo.  Canada plans to utilize MK 54 Lightweight Torpedoes on its Royal Canadian Navy's Halifax class ships, the Royal Canadian Air Force's CP-140 Aurora Aircraft, and the CH-148 Maritime Helicopters.  Canada will have no difficulty absorbing this equipment into its armed forces.

The principal contractor for the MK 54 Torpedo is Raytheon Integrated Defense Systems, Portsmouth, Rhode Island.  The Government of Canada is expected to negotiate an offset agreement with Raytheon, in accordance with Canada's Industrial and Technological Benefits (ITB) Policy, before signing the Letter of Offer and Acceptance (LOA).