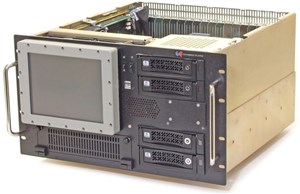 The military computers market is estimated at USD 7.9 billion in 2018 and is projected to reach USD 10.5 billion by 2023, at a Compound Annual Growth Rate (CAGR) of 5.85 % from 2018 to 2023. This growth can be attributed to the rising demand for rugged computers and rise in technological warfare, globally.

Rugged segment to grow at a higher CAGR as compared to embedded computers segment of the military computer market during the forecast period.
The rugged segment is projected to grow at a higher CAGR during the forecast period due to the significant demand for rugged computers and wearables from militaries services across the globe. The militaries are focusing on deploying more portable and technologically-advanced computers in warzones. Ruggedness of military devices such as laptops, handhelds, and wearables is necessary to survive and function properly in extreme conditions such as extreme heat and cold. Also, governments across the globe are showing interest in military wearables as they provide data regarding a soldier’s health and location and are easy to carry devices for soldiers.

Wearable segment under rugged type of military computers to grow at a higher CAGR in the military computer market during the forecast period.
Militaries around the world are showing interest in wearable computers for delivering fast and accurate information to soldiers on ground. The portability and accuracy of these computers in terms of information transfer are expected to drive this segment in the near future. Wearable technologies will enable soldiers to either track or be tracked in real-time and great precision – which will ensure their safety as well as diminish the chances of failure in high-risk operations. Also, the easiness with which these devices can be carried by soldiers in warzones makes these devices preferable.