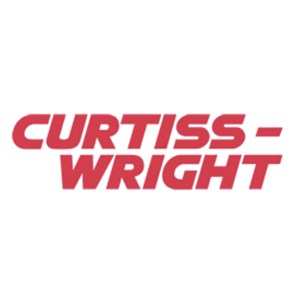 Curtiss-Wright Corporation (NYSE:CW) today announced that it has entered into an agreement to acquire the assets that comprise the Dresser-Rand Government Business (Dresser-Rand), a business unit of Siemens Government Technologies which is a wholly-owned U.S. subsidiary of Siemens AG in Germany, for $212.5 million in cash. The acquired business will operate within Curtiss-Wright's Power segment, and is expected to be accretive to 2018 earnings per share and produce a free cash flow conversion in excess of 100%, excluding the effects of purchase accounting.

Dresser-Rand is a leading designer and manufacturer of mission-critical, high-speed rotating equipment solutions, including reciprocating compressors, steam turbines and steam system valves, supporting Nimitz-class and Ford-class aircraft carriers, Virginia-class and Columbia-class submarines, and most major U.S. Navy shipbuilding programs. Dresser-Rand is the sole supplier of steam turbines and main engine guard valves on all aircraft carrier programs. Through its three service centers, it is also a leading provider of ship repair and maintenance for the U.S. Navy’s Atlantic and Pacific fleets.

"The acquisition of Dresser-Rand’s government business portfolio significantly expands our shipset content and increases our footprint on new U.S. Navy Nuclear vessels, establishes a prominent Curtiss-Wright presence at U.S. Navy shipyards, and provides an opportunity to grow our existing U.S. Navy aftermarket business,” said David C. Adams, Chairman and CEO of Curtiss-Wright Corporation. “The combination of our long-standing relationships with similar customers, and proven track records supporting critical U.S. naval defense platforms, ensures that we are well-positioned to benefit from the continued expansion of our U.S. naval fleet. Further, this transaction exemplifies the ideal strategic and financial fit for Curtiss-Wright as it supports our long-term financial objectives for increased sales growth, margin expansion and strong free cash flow generation.”

For over 60 years, Curtiss-Wright has ensured safe, reliable operations by supplying innovative, high-performance products for every nuclear submarine and aircraft carrier commissioned by the U.S. Navy. Today, we are the preferred supplier of pumps and valves used in the nuclear propulsion system, which is the heart of the most critical function of these vessels, while Dresser-Rand is one of the leading providers of main steam propulsion turbines and valves.

The Dresser-Rand government business, which employs approximately 150 people, is expected to generate sales of approximately $95 million in fiscal 2018, principally to the naval defense market, with additional sales to the power generation market. The acquisition is expected to close in April 2018, subject to the receipt of regulatory approval and other closing conditions.