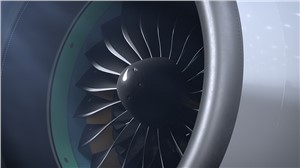 Pratt & Whitney announced today that Royal Jordanian Airlines (“Royal Jordanian”) has selected up to 30 of the latest-generation, single-aisle aircraft powered by GTF engines, replacing its entire narrow body and regional jet fleet over the coming 3-5 years. Specifically, the airline has selected GTF engines to power up to 20 new Airbus A320neo family aircraft, including A320neo and A321neo models. Additionally, Royal Jordanian will introduce up to 10 GTF-powered Embraer E-Jets E2 aircraft, including E190-E2 and E195-E2 models. Royal Jordanian and Pratt & Whitney have also finalized an agreement for long-term engine maintenance. Aircraft deliveries are expected to begin in late 2023.

“We have selected GTF-powered aircraft for their industry-leading efficiency, longer range and exceptional operating economics,” said Samer Majali, Vice Chairman and CEO at Royal Jordanian. “These aircraft will allow us to modernize our fleet and offer new routes, all while keeping airfare affordable and significantly reducing our carbon emissions.”

“Pratt & Whitney has been powering Royal Jordanian aircraft since the 1960s, with the Douglas DC-6 and its four Double Wasp engines, followed by the Boeing 707 and 727 in the 1970s and 1980s and the A330 in last decade,” said Rick Deurloo, president of Commercial Engines at Pratt & Whitney. “With the addition of these GTF-powered aircraft, Royal Jordanian will benefit from the geared fan technology that revolutionized the industry with dramatic reductions in noise, emissions and fuel consumption.”