Neste Collaborates With ITOCHU and Fuji Oil Company on a Pro 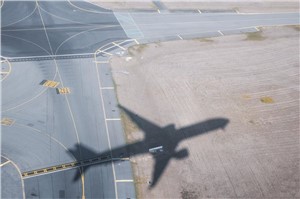 ITOCHU Corporation has been selected for a sustainable aviation fuel (SAF) demonstration project by the Japanese Civil Aviation Bureau, Ministry of Land, Infrastructure, Transport and Tourism (MLIT). The aim of the project is to demonstrate the blending of imported neat (i.e. unblended) SAF locally in Japan, which helps the country prepare for the future when significantly larger quantities of SAF will be needed to help the aviation industry achieve its ambitious emissions reduction goals.

In this demonstration project, ITOCHU will import Neste MY Sustainable Aviation Fuel™ around January 2023 to blend it with conventional fossil jet fuel in cooperation with Fuji Oil Company. A portion of the blended SAF will then be delivered to Chubu Centrair International Airport around February, for use in flight inspection aircraft owned by the Japan Civil Aviation Bureau of the MLIT.

Neste and ITOCHU have already established a partnership for the distribution of Neste MY Sustainable Aviation Fuel in the Japanese market. Neste’s SAF is already available at the Haneda Airport and Narita International Airport. In addition to the development of Chubu Centrair International Airport in conjunction with this demonstration project, ITOCHU plans to expand the supply of Neste MY Sustainable Aviation Fuel to domestic and foreign airlines by making it available to Kansai International Airport and other airports in the future. Following the expansion of the cooperation between Neste and ITOCHU in February this year, Neste’s SAF was already supplied to Etihad Airways at Narita.

“Neste is committed to supporting Japanese airlines and the Japanese government with the target to replace 10% of conventional jet fuel with SAF by 2030. This demonstration project solicited by the Japanese Civil Aviation Bureau is an important step on the pathway towards realizing that goal, as it demonstrates the blending of neat SAF with fossil jet fuel from a domestic refinery in Japan. We are proud to collaborate with ITOCHU and Fuji Oil Company to make this demonstration project happen”, said Sami Jauhiainen, Vice President APAC, Renewable Aviation at Neste.

Neste is the world’s leading producer of sustainable aviation fuel and is currently increasing its annual SAF production capacity to 1.5 million tons by the end of 2023. Completion of Neste’s Singapore refinery expansion will increase our SAF production capacity to over 1 million tons by the end of the first quarter of 2023, ready to support the aviation industry in the Asia Pacific region and globally.

Tell a friend:
Neste Collaborates With ITOCHU and Fuji Oil Company on a Project to Demo Local Blending of Sustainable Aviation Fuel in Japan