This news is classified in: Aviation Contracts Engines / Power / Fuel 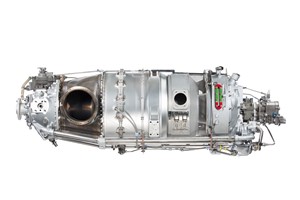 The PT6A-140A was built for the utility market and optimized for rugged and demanding conditions with all-aluminum gearbox housings for better corrosion resistance and the best “hot and high” performance in its class. The PT6A-140A engine is part of the next-generation PT6A-140 engine series which has already logged more than 2 million hours of flight.

“The attributes of the PT6 turboprop engine family have always been a key selling point for the first Kodiak 100 series since its inception,” said Nicolas Chabbert, CEO of Kodiak Aircraft, and Senior Vice President of Daher’s aircraft division. “The PT6A-140A engine lets us propel the Kodiak to a new level of performance with cargo capacity. The new engine will enable our operators to enhance their productivity whether they fly cargo missions or manage businesses such as sky diving and air taxi service.”

There are no cycle limits on the engine’s time between overhaul (TBO) – something very important in missions that frequently takeoff and land – and fleet operators can benefit from TBO extension options of up to 8,000 hours. The PT6A-140A engine has a minimum component life limit over 50 % higher than other engines in the same class.

“We have a long-term working relationship with Daher and have collaborated with the company closely over the years,” said Kanellias. “We share the determination within Kodiak and the entire Daher group to build a more sustainable aviation industry and the 9% specific fuel consumption reduction is a major step forward. We also use the latest manufacturing processes, green materials and employ combustion systems that reduce emissions.”

The PT6A-140A engine will have the capability of using the FAST™ diagnostic and prognostic solution. FAST captures, analyzes, and wirelessly sends full-flight data intelligence to the aircraft operator within minutes of the pilot shutting down the engine. This helps maximize aircraft availability, optimize maintenance planning, reduce operating costs, and avoid delays and cancellations.

Known for its broad power range, dependability and proven performance in all flying conditions and environments, the PT6 turboprop engine family is in a class of its own, approaching 435 million flight hours, building upon the experience gained within the entire Pratt & Whitney Canada fleet at over 900 million flying hours. The PT6A engine has seen 120 enhancements made in the past 10 years alone. With more than 50,000 engines produced and more than 25,000 of them flying, the PT6 turboprop is the benchmark in reliability and is considered the most versatile turboprop engine in general aviation, which speaks to its dependable performance in single- and twin-engine aircraft.