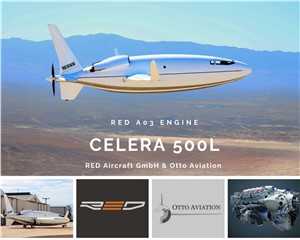 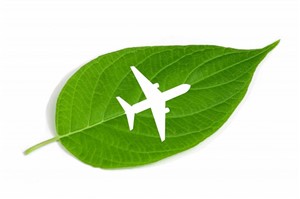 Due to the performance required by Otto, the company selected the RED A03 powerplant to ensure optimum fuel efficiency and aircraft performance. The RED A03 engine already has impressive form and is an industry leader in power output and reduced fuel burn, offering up to a 50% reduction in the fuel used for a given sector length.

Both Otto Aviation and RED Aircraft recognize that the future of aviation rests in sustainability, and the 55th test flight of the Otto Celera 500L has brought us closer to this goal.

Regarding the use of the RED A03 engine on this successful test flight, Head of Sales Enrico Evers issued the following statement: “Otto Aviation’s Celera 500L combined with the RED A03 is proving a revolution in private aviation. It offers a drastic reduction in drag over traditional aircraft. Otto Aviation’s tests have shown 5-7 times reduction in operating costs, 8 times lower fuel consumption and cruise speeds equivalent to similar-sized jet aircraft”

The RED A03 is a high-powered piston engine, already certified to use JET A1 aviation kerosene. The RED A03 will also utilize SAF or Biodiesel, further validating RED’s green credentials and making it an excellent choice for operators, such as Otto Aviation, who seek to reduce their environmental impact and ensure industry-leading performance.

With the successful final test flight of Phase One concluded, Otto Aviation has proved that the RED A03 engine, when used with sustainable aviation fuel, is the perfect choice for aircraft operators and manufacturers looking towards the future.

The Otto Celera 500L uses 80% less fuel than comparable aircraft. While this can be attributed, in part, to its innovative laminar flow design, Otto’s choice of the fuel-efficient engine also plays a crucial role. Raikhlin Engine Developments is excited to be a part of their ongoing success and innovation.

The next phase of flight testing and development will see the Otto Celera 500L taken to higher speeds and altitudes in line with having a production aircraft ready by 2025.