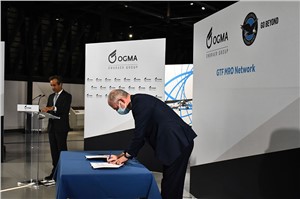 OGMA joined Pratt & Whitney’s global network of providers that maintain the Pratt & Whitney GTF™ engine in November 2020, to provide maintenance, repair and overhaul services for the PW1100G-JM engine for the Airbus A320neo aircraft family at its facility in Alverca, Portugal.

“We are pleased to see OGMA’s role as a member of our GTF MRO network expand to encompass the PW1900G,” said Marc Meredith, executive director of GTF Engine Aftermarket at Pratt & Whitney. “The relationship between Pratt & Whitney, Embraer, and OGMA has been invaluable, and we are confident that OGMA’s skill and experience will be a tremendous asset to the network as we continue to support our growing global fleet of GTF engines with world class service.”

"This strengthening of the collaboration with Pratt & Whitney is the recognition of a collaboration that began a year ago between two companies that strive for excellence and quality in their products. It is also an appreciation of the commitment and experience of our teams," said Alexandre Solis, CEO of OGMA.