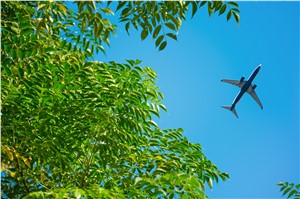 Reaction Engines has recently completed a joint Proof of Concept study with the UK’s Science and Technology Facilities Council (STFC)  to determine whether the Company’s innovative thermal management technology could be combined with STFC’s world-class catalysts to create a truly green aviation system based on ammonia fuel.

In recent years, ammonia has been considered by various industries for use in power generation as it is carbon free, offers high energy density and has an established transportation network in contrast to hydrogen which has issues with both storage and distribution. Similarly, the maritime industry is looking to ammonia as a low-cost way to decarbonise shipping. Up until now however, it has not been proven to be viable as a fuel for aviation propulsion systems.

Decarbonizing the aviation industry is one of the great challenges of our age. Most modern aircraft are powered by kerosene, a jet-fuel which is a flammable hydrocarbon oil and produces carbon dioxide, sulphur oxides and soot. The emissions generated from this method of propulsion contribute a significant amount to the total global greenhouse gas production.

Current strategies being explored have some potential drawbacks for the aerospace sector. Battery technology does not currently have the power density required to give a standard narrow-body jet (such as the A320 or 737) sufficient range. Hydrogen would need to be used in its deeply cryogenic liquid state, requiring new infrastructures and major changes to aircraft configurations. Synthetic fuels and biofuels require novel processes or arable land for production and leave the issue of soot emissions unsolved. With some governments beginning to tie Covid-19 recovery funding to net-zero targets being met, it is clear that further solutions are needed.

The propulsion system was devised by Reaction Engines and investigated by a team at STFC’s Rutherford Appleton Laboratory, based at the ISIS Neutron and Muon Source Research Facility and STFC’s Technology Department. It would have the potential to efficiently crack the ammonia fuel using heat harvested from the jet engine through Reaction Engines’ ground-breaking heat exchangers to provide a zero-carbon fuel blend of ammonia and hydrogen that burns stably just like jet fuel. The density of liquid ammonia allows for conventional aircraft configurations to be used and it may be possible to retrofit into an existing engine, resulting in a zero-carbon jet that could start serving the short haul market well before the 2050 target currently set by the industry.

The project came about through the Harwell Cross Cluster Proof of Concept Programme that unites organisations across the energy, space and life sciences sectors, creates collaborations and provides funding that moves research from theory towards commercial success. Funding is provided by STFC and the programme is driven by the Harwell Campus Clusters.

Professor Bill David from STFC and the University of Oxford had this to say regarding the potential of ammonia as a jet engine fuel:

“We are optimistic about progress having recently completed the first stage of laboratory tests where we successfully produced the combination of ammonia and hydrogen that mimics jet fuel. Our next step is to scale up to small aviation scale and we are confident that we will achieve this goal. Green ammonia storage and real-zero ammonia-hydrogen fuel mixtures have the potential, not only to enable carbon-free, and indeed guilt-free, aviation but also, in time, to completely remove our dependence on fossil fuels.”

“The combination of Reaction Engines’ transformative heat exchanger technology and the STFC’s innovative catalysts will enable development of a game-changing class of green ammonia-based aviation propulsion systems. Our study showed that an ammonia-fuelled jet engine could be adapted from currently available engines, and ammonia as a fuel doesn’t require a complete re-think of the design of civil aircraft as we know them today. This means a fast transition to a sustainable aviation future is possible at low cost; ammonia-powered aircraft could be serving the world’s short-haul routes well in advance of 2050.”

The findings of this study could have huge implications for the aviation industry and the wider UK target of being carbon neutral by 2050. With a follow-on demonstrator integrating the technology into a ground-based test engine planned, zero emissions flight could be a reality in a matter of years.