The Moon is a Sight for Scientific Eyes at Raytheon Intellig 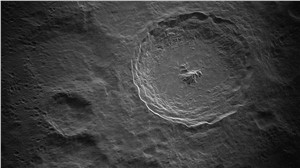 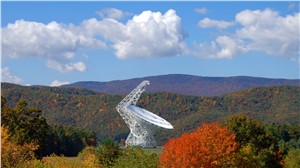 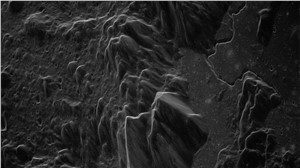 New 3D images of the moon — from Tycho Crater to Hadley Rille — reveal never-seen-before details of the lunar surface. The remarkable new images of the moon’s surface provide not only new details about the closest object to our Earth but new scientific opportunities as well.

Raytheon Intelligence & Space has partnered with the National Radio Astronomy Observatory and the Green Bank Observatory to use the National Science Foundation’s Green Bank Telescope to collect new imagery of the moon and its surface. RI&S outfitted the telescope with a transmitter to emit radar signals into space.

This partnership is researching how this new radio telescope system will enhance detection and imaging of small objects passing by the Earth, moons orbiting around other planets and other debris in the solar system.

Because of the moon’s proximity to Earth and scientists’ deep knowledge of it, the moon is being used as a testing ground for the telescope and RI&S’ radar transmitter.

“The moon is a nice astronomical object because it is close, we know more about it than other objects, and it has difficulties to overcome that can be translated into the planetary defense and planetary science observations,” said Dr. Steven Wilkinson, a principal engineering fellow at Raytheon Intelligence & Space, a Raytheon Technologies business.

The joint project began after small talk during a conference between Wilkinson and Dr. Tony Beasley, director of the National Radio Astronomy Observatory, about technical areas that overlapped between RI&S and the NRAO.

In follow-up conversations, Beasley asked Wilkinson for ideas on integrating a transmitter into the Green Bank Telescope. The project appealed to Wilkinson, who has a background in both radar and observational astronomy.

“Those one-on-one conversations turned into a visit to the Green Bank Observatory, and Steven said, ‘Yes, we think this will work,’ and one thing led to another,” said Tom Markarian, director of Advanced Technology & Systems of Raytheon Intelligence & Space’s Department 22. “And within less than two years, we were generating images of the moon.”

A key component in gathering these celestial images is the Very Long Baseline Array¸ which is a radio interferometer that collects high-resolution imagery of astronomical objects. The signals collected from the Green Bank Telescope transmitter in West Virginia, which use a pilot system that employs a synthetic aperture radar, or SAR, are generating the highest resolution images of the moon ever taken from the ground.

The Apollo 15 landing site and Tycho Crater are two sites from where two-dimensional and three-dimensional images have been collected from the telescope that show tremendous detail, especially on the floor of Tycho.

“The detail in these images is stunning,” Wilkinson said.

These high-resolution images are sensitive to motion and slightly better than the fidelity of the dynamic models used for object ephemeris. As such, work continues refining the data processing techniques required for such long dwell times and fine-motion compensation that will improve the quality of data products for the next-generation planetary radar system.

“It's enabling higher precision radar astronomy measurements, and I think to be part of that leading edge, to create this amazing instrument that can help identify new areas and features with objects in space, is very exciting,” Markarian said.

Observing the moon is just one aspect of the project. The powerful telescope will provide precision measurements to determine if any solar system objects could be direct threats to Earth. Providing an early determination enables more time to deploy a mission to intercept an object.

Markarian said this project can give a greater awareness and interest to the public as what really is out there beyond Earth.

“It opens the door to a lot of new exciting areas,” he said.

Those areas include better understanding asteroids, comets or other space objects to see if there’s usable or other unique materials that could be potentially mined for resource extraction.

NASA’s Double Asteroid Redirection Test, or DART, was the first-ever mission dedicated to investigating and demonstrating one method of asteroid deflection by changing an asteroid’s motion in space through kinetic impact. It successfully hit its target Dimorphos, a moonlet orbiting the asteroid Didymos, on Sept. 26, 2022. The NRAO worked with NASA and NASA’s Jet Propulsion Laboratory in Pasadena, California, to make measurements confirming the DART mission was successful.

The radar demonstration system used less transmitted power than is found in a conventional microwave oven. Precise radar astrometry and resolved imaging for orbit determination, trajectory prediction and Earth impact-hazard assessment as well as physical characterization (such as rotation state, size, shape, structure, composition and natural satellites) will be incredibly valuable for planetary science and defense.

“The NRAO has never built a high-power transmitter but has participated as a receiver in planetary radar experiments,” Wilkinson said. “Our experience in radar is what they need to successfully realize planetary radar capabilities for their observatory.”

While the lunar imagery can be amazing to look at, bigger plans exist for the telescope and how it can be used on Earth beyond scientific missions. The project’s aim of learning more about space is still the goal, collecting imagery and data in each sweep of the near-Earth objects above us and creating an even greater awareness or interest in exploring what is in Earth’s neighborhood.

“There are new challenges that are forcing us to develop new methods since most of our standard techniques are inadequate for planetary radar,” Wilkinson said.

The moon is a test subject in a sense due to its proximity – after all, it has been privy to intrigue and study for centuries by humans. This telescope project is just another example of humans staring out into space to understand our world a little bit more. That is the cool factor that helps drive the project investigators on seeking what lies beyond our eyes.

Tell a friend:
The Moon is a Sight for Scientific Eyes at Raytheon Intelligence & Space