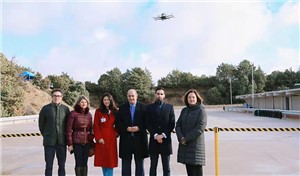 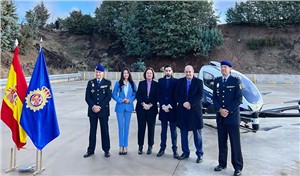 EHang Holdings Limited (Nasdaq: EH) (“EHang” or the “Company”), the world’s leading Autonomous Aerial Vehicle (“AAV”) technology platform company, announced that EH216 AAV has completed its maiden flight by the Spanish National Police (“SNP”) at the National Academy of Police in Ávila, Spain, to initiate its trial operations by SNP in Spain.

The public maiden flight ceremony was attended and witnessed by distinguished guests and officials from the Spanish State for Security, SNP, the Spanish State Aviation Safety Agency (“AESA”), members of academia institutions, as well as the media.

By leveraging and joining forces with EHang since October 2021, SNP plans to utilize EH216 AAV for potential use in emergency and public safety missions, such as accessing contaminated areas with nuclear, radiological, bacteriological or chemical risks, landing in confined areas, aerial logistics, and other police services that may require agile and efficient aerial mobility.

The ceremony was presided by Rafael Pérez, the Secretary of the Spanish State for Security. “The SNP is the first security institution in the European Union to operate an AAV. Unmanned aircraft systems (“UAS”) constitute an alternative technological asset for multiple purposes, such as deployment in dangerous areas following a natural disaster or an accident, without endangering human lives. The lower operating costs of UAS and their constant new applications show great advantages over traditional aerial means,” Pérez said.

Pedro Prieto, the Director of Aerial Means of Spanish National Police, noted, “The capability to operate the EH216 AAV from a remote command and control station, which may be hundreds of kilometers away, reflects the National Police’s commitment to fulfill its digital transformation objectives.”

Victoria Jing Xiang, Chief Operating Officer of EHang Europe and Latin America, commented, “EHang is proud to partner with a law enforcement agency and support SNP with our AAV technologies to fulfill emergency response and public safety missions. SNP’s entry into trial operation of EH216 AAV lays a foundation for the deployment of Urban Air Mobility in Europe and sets an excellent example of commitment to public safety through advancing technology.”