Joby Completes 2nd of 4 System Reviews with the FAA

Joby Completes 2nd of 4 System Reviews with the FAA 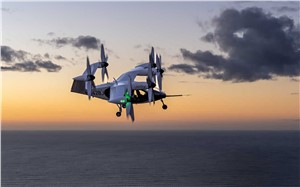 The successful completion of the in-person, multi-day audit by the FAA last week at Joby’s facilities in Marina, California, demonstrates the Company’s continued leadership on the path to certifying its revolutionary electric vertical take-off and landing (eVTOL) aircraft.

The series of System Reviews serve to validate the overall architecture of the aircraft and ensure the Company’s development process is on track to satisfy the FAA’s safety objectives associated with complex aircraft systems. The System Reviews take place alongside the ongoing submission of Means of Compliance, area-specific certification plans, and other certification documents that cover specific elements of the Joby aircraft and its systems.

In September, Joby announced during its third quarter results call that 84 percent of its Means of Compliance had been accepted by the FAA, with four area-specific certification plans submitted for approval. Earlier this year, Joby announced the completion of its first Systems and Compliance Reviews and carried out its first for-credit FAA conformity tests.

"Progress on certification is a key area of focus for this nascent sector, and we're pleased to mark our continued leadership with the successful completion of our second System Review. We’re confident that our aircraft design is on track to meet the FAA’s expectations regarding system-level safety, redundancy, and overall aircraft architecture,” said Didier Papadopoulos, Head of Aircraft OEM at Joby.

“We’re grateful to the FAA for their dedication to safety and deep engagement on our ongoing certification program.”

In May, Joby received its Part 135 Air Carrier Certificate from the FAA, enabling the Company to operate a commercial air taxi service in the United States. Joby intends to certify its aircraft in time to commence commercial passenger service in 2025.

Tell a friend:
Joby Completes 2nd of 4 System Reviews with the FAA