To the Moon and Back: Half-way Through the Artemis I Mission

To the Moon and Back: Half-way Through the Artemis I Mission 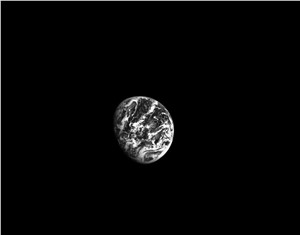 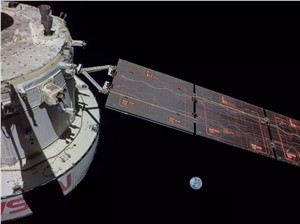 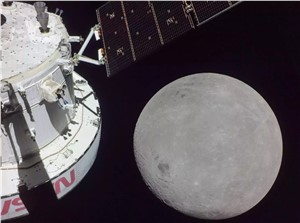 Tthe Orion spacecraft took off on its first voyage around the Moon powered by the European Service Module ESM, designed and built by our Airbus engineers. The ESM will supply the astronauts with everything they need to survive in the subsequent crewed missions - from air and water supply to propulsion, energy supply and thermal control.

The Orion spacecraft has now reached the halfway point of its journey. The first results of the test flight are already in - and they look promising! Here's a brief summary of the key milestones where the Airbus teams held their breath as Orion set off on its first voyage.

The first key moment came just two minutes after launch, when the Orion-ESM propulsion system was activated - a moment our propulsion team could rightly cheer about. This was shortly followed by the successful deployment of the solar panels after just 18 minutes. Two hours into the mission, the upper stage separation burn released the Orion spacecraft and it began to fly autonomously towards the Moon.

Just under 8 hours into the mission, the Outbound Trajectory Correction Burn, or OTC for short, was carried out. The purpose of this step was to fine-tune the Orion spacecraft onto the correct trajectory as necessary. During the second OTC it became apparent that Orion was so well positioned, it needed less propulsion, so that the auxiliary thrusters could be used instead of the main engine.

From the second to the fourth day of the mission, the Orion spacecraft was already halfway to the Moon. With its solar panels, perfectly angled to get as much sunlight as possible for power generation, first evaluations have shown that the spacecraft produces more energy than predicted. Minor trajectory corrections were made to keep the Orion spacecraft properly on course.

On the sixth day of the mission the Orion spacecraft had a successful burn of its main engine, the orbit manoeuvring system engine, OMS-E. This burn, known as the outbound powered flyby, was the first of four major burns conducted by the European Service Module, to steer the Orion spacecraft into a ‘distant retrograde’ orbit around the Moon and later back to Earth. The orbit is ‘distant’', being at a high altitude from the lunar surface. Since Orion travels around the Moon in the opposite direction to that in which the Moon travels around Earth- it is ‘retrograde’.

This main engine burn took place in a nail biting communications blackout because the spacecraft was in the shadow of the Moon where no radio contact is possible. After around 15 minutes, contact with Orion was re-established and the burn confirmed as successful with all the propulsion systems having worked as planned. This first major burn also marked an important milestone in the mission, which saw the Orion spacecraft fly just 130 kilometres above the surface of the Moon.

For now, Orion will remain in the lunar orbit until Monday 5th of December to test spacecraft systems before exiting lunar orbit to put the spacecraft on a trajectory back to Earth.

“All mission critical milestones in the first half of the Artemis mission were successfully achieved,” said Kai Bergemann, Deputy Head of the Orion Programme at Airbus. “Initial evaluation of the test data, has confirmed that the Orion spacecraft consumes much less and produces much more than calculated. This is a very positive finding, meaning that we can already look at design optimisations for the ESM-4 onwards.” Scope for conducting additional tests, not originally envisaged for this test flight, is also currently being explored by the European team to make optimum use of the vehicle, in consultation with NASA.

Bergemann sums up the mission so far: "The way things are going at the moment, we couldn’t be happier about how our vehicle is performing and are optimistic that the second half of the mission will also go well."

The second half of the Artemis I mission still has many key steps ahead, including when the main OMSE engine completes its longest burn on the 5th of December, roughly 3.5-minute firing in the Moon's shadow, return powered flyby burn (RPF) leaving lunar orbit on the Orion spacecraft’s journey back to Earth, and not forgetting the separation of the crew module from the service module 40 minutes before the splashdown in the Pacific Ocean on at 17:40 (GMT) on 11 December.

Tell a friend:
To the Moon and Back: Half-way Through the Artemis I Mission