To Orbit and Back With Space Rider

To Orbit and Back With Space Rider 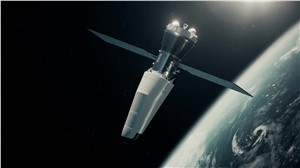 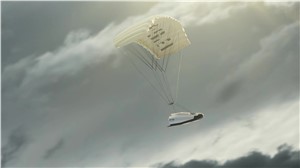 Europe’s bid to deliver a return-to-Earth service for in-orbit transportation and research projects is rapidly taking shape, with teams working on the Space Rider spacecraft gearing up for a series of drop tests in 2023. Drop tests with small-scale models will be followed by a full-scale test in anticipation of inaugural flight towards the end of 2024.

Engineering teams recently concluded the project’s critical design review and expect to consolidate the design early in 2023. Work is also underway to finalise selection of payloads that will fly on the first flight.

The reusable Space Rider will be a so-called lifting body vehicle, about the size of two minivans. It is designed to land with 150m accuracy under a steerable parachute known as a parafoil, which will be the subject of some of the upcoming drop tests. Launch will be by the Vega-C rocket, which completed its inaugural flight in July 2022 from Europe’s Spaceport in French Guiana.

Using flight control concepts and aerodynamics demonstrated by ESA’s Intermediate eXperimental Vehicle (IXV) programme, Space Rider will transport payloads for an array of applications, orbit altitudes and inclinations. The vehicle is seen as the future of European research in low-Earth orbit and microgravity, supporting technology development for materials, pharmaceuticals, Earth observation and other fields. Space Rider will be an ideal platform for in-orbit validation and demonstration of new technologies.

After landing safely back on Earth, Space Rider will be refurbished for re-use, with each vehicle designed to make at least five re-flights of about two months’ duration. Up to 600 kg or 1,000 litres of payload can fit inside the environmentally controlled cargo bay. Space Rider’s cargo bay opens to offer views of Earth or deep space, and the spacecraft will feature fine pointing capability for observational missions.

Said ESA Director of Space Transportation Daniel Neuenschwander: “Access to space also means returning to Earth. Space Rider will be a key pillar of Europe’s robust, independent capabilities in orbit, and its reusability will give us affordable access to frequent flights.”

“It’s what I like to call the three Rs of a sustainable space: Return, Reload, Relaunch”.

To maintain programme momentum, ESA is proposing to the November 2022 CM22 ministerial meeting in Paris that Space Rider be supported through first re-flight and consolidation of commercial services, and that work continue to prepare for operations with Vega-E, the bigger, more powerful launch vehicle being readied to succeed Vega-C.

Tell a friend:
To Orbit and Back With Space Rider