This news is classified in: Aerospace Contracts Communications Space 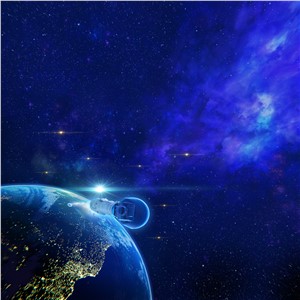 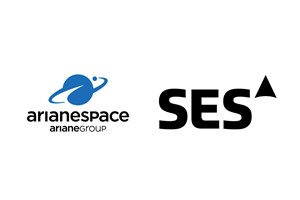 Paris/Luxembourg – The EAGLE-1 satellite, which will support the end-to-end secure Quantum Key Distribution (QKD) system for Europe, will be launched for SES by Arianespace on a Vega C rocket from French Guiana as early as Q4 2024. The satellite will be placed into Low Earth Orbit (LEO). The EAGLE-1 project comprising satellite and ground infrastructure, is developed by SES and its consortium of 20 European partners, with the European Space Agency (ESA) and the European Commission support.

Under the recently-signed agreement with ESA, SES and its partners will design, develop, launch and operate a satellite-based end-to-end QKD system for the purpose of testing and validating space-based secure transmission of cryptographic keys. The first European sovereign space-based QKD system will include the dedicated low earth orbit (LEO) EAGLE-1 satellite and state-of-the-art QKD operations centre in Luxembourg. In the scope of EuroQCI, the EAGLE-1 satellite will enable early access, validation, and integration of space-based QKD for EU Member States.

“Building the EAGLE-1 end-to-end system for secure data transmission and validating the long-distance Quantum Key Distribution technology is an innovative project that will benefit the EU Member States,” said Ruy Pinto, Chief Technology Officer at SES. “We have been working with Arianespace for decades to deliver our satellites into space and are delighted for them to be onboard to launch the EAGLE-1 satellite into orbit.”

“We are delighted and honored by this renewed mark of confidence from the leading global content connectivity service provider SES,” noted Marino Fragnito, director of Arianespace’s Vega business unit. “Over the last 38 years, we have carried out 42 launches for our longstanding partner, and Vega C will now continue this successful track record. It is a great honor for us to support our customer ambitions and to be part of this mission that aims at implementing Europe’s satellite-enabled cybersecurity technology.”

Following the launch, the EAGLE-1 satellite will complete three years of in-orbit mission supported by the European Commission. During this operational phase, the satellite will allow European Union governments and institutions, as well as critical business sectors, early access to long-distance QKD that would path the way towards an EU constellation enabling ultra-secure data transmissions.

The EAGLE-1 project is co-funded by the ESA contribution of Germany, Luxembourg, Austria, Italy, the Netherlands, Switzerland, Belgium, and the Czech Republic under ARTES, as well as the European Commission through Horizon Europe.

Vega C, the new European light launcher, successfully passed its inaugural flight on July 13 and now enters its operational phase under the responsibility of Arianespace. With this contract, Vega C backlog includes over 40 satellites contracts.

Vega C development program has been managed by ESA with 12 Member States of the Agency. Avio Spa (Colleferro, Italy) is the industrial prime of the Vega launch system. Vega C has been upgraded with more powerful first and second stage Solid Rocket Motors and with a larger fairing, which significantly increases payload mass and double allowable volume as compared to Vega. The launcher also better meets the specific needs of small spacecraft, thanks to its improved SSMS dispenser and to its AVUM+ that allows seven re-ignitions instead of five. Vega C can thus deliver to three different separation orbits for its multiple payloads within the same mission, instead of the two previously possible with Vega.