The Copernicus LSTM Expansion Mission Moves a Step Closer to 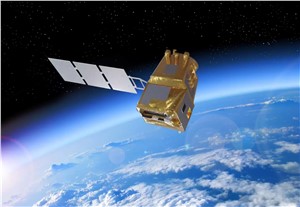 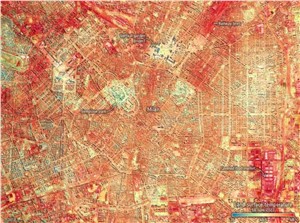 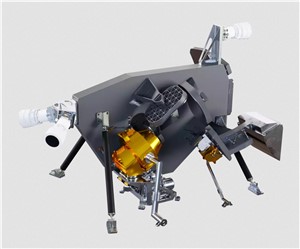 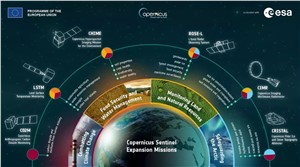 The Land Surface Temperature Monitoring (LSTM) programme led by Airbus has successfully passed the Preliminary Design Review (PDR). The approval of this milestone with ESA confirms that the satellite design is compliant with all mission requirements ensuring that mission objectives and user needs will be met.

LSTM is part of the Copernicus programme established to fulfil the need among European policy-makers to access accurate and timely information services to better manage the environment, understand and mitigate the effects of climate change and ensure civil security. LSTM addresses three key climate elements of concern: farming and food security, irrigation and water scarcity, and urban heat islands and energy efficiency.

“By measuring global temperature exchanges, LSTM will help shed light on how to adapt to climate change, particularly in support of agriculture management services. It is the first Copernicus mission awarded to a Spanish company and the third ESA mission to be primed by Airbus, after CHEOPS and Ingenio,” said Luis Guerra, responsible for Airbus Space Systems in Spain. “The programme development is on schedule thanks to a huge team effort and we are on track for launch of the first of the two satellites in 2028.”

The main objective of LSTM is to enable global monitoring of the evapotranspiration (ET) rate at field scale by capturing the variability of Land Surface Temperature (LST), allowing more robust estimates of field water productivity. This is a key parameter which can be used to improve water resource management in agriculture to secure food production. Water productivity and irrigation efficiency are difficult to measure in situ at scale, this is why Earth observation satellites are needed to quantify these processes. Water stress in plants can be determined with thermal infrared (TIR) observations, days and even weeks before it becomes noticeable in visible and near infrared observations. This information can help farmers to use natural resources more effectively in a more sustainable manner.

LSTM is one of the six Copernicus Expansion Sentinel missions being developed by the European Space Agency (ESA) and the European Commission. The contract, worth €390 million, was signed in November 2020. In its role of mission prime, Airbus Defence and Space in Spain is responsible for the satellite design, integration and test, up to the point of in-orbit commissioning and transfer to operations. Airbus leads an industrial consortium of 87 subcontractors on the programme across 19 European countries.

The mission includes two identical satellites, each one with a mass of 1,300 kg and a power generation capacity of 1,600 Wh. Both satellites will fly in a Low Earth Orbit (LEO) constellation at 651 km with local observation time at 13:00 over Europe, which corresponds to the highest stress time for crops. The minimum lifetime of each satellite is seven years but the satellite’s components are designed to last for 12 years, potentially operating up to and beyond 2040.

The Toulouse site of Airbus in France is responsible for the instrument design, integration and testing up to delivery to the satellite prime. The state-of-the-art thermal infrared instrument is being developed in Toulouse and will be the first spaceborne instrument to implement the thermal infrared-5 band at 12 microns enabling provision of 20 times greater spatial and temporal resolution (400 pixels of 50x50m fit into the 1000x1000m pixels of previous missions) and a revisit time of just two days at the equator.

The satellites will be compatible with the European launchers Vega-C (nominal) and Ariane 6 (backup) with the first launch planned for 2028 and the second for 2030.

Overall, Airbus is responsible for the spacecraft or payload on three out of six new generation Copernicus Environment and Earth observation missions: LSTM, CRISTAL and Rose-L, and is providing critical equipment to all six.